Senior Producer from Guerrilla Games on the game's engine, weather system and more. 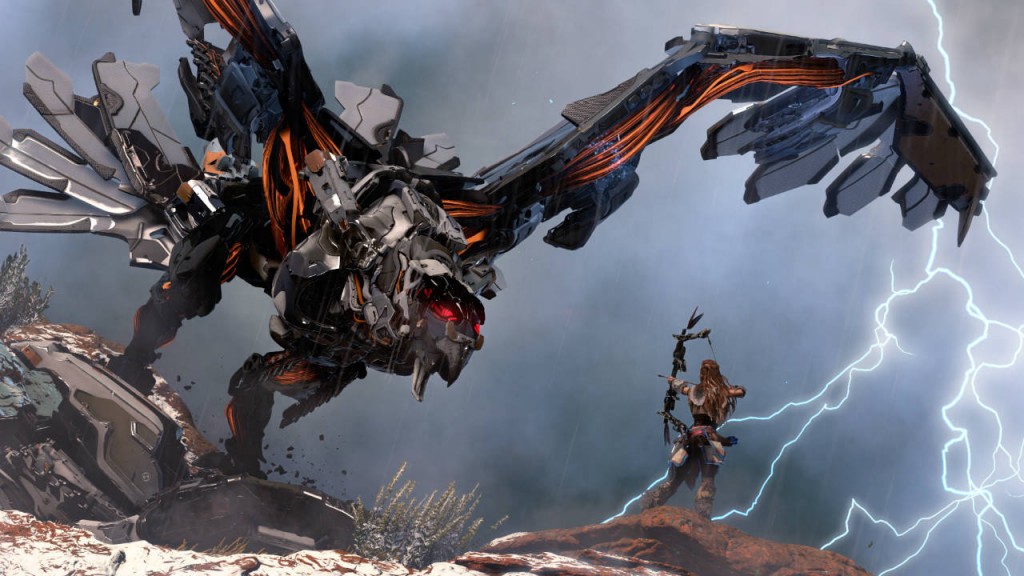 Mike Norris from Guerrilla Games has revealed new information regarding Horizon Zero Dawn. First of all he defended against claims that this is only a game about robots and machine guns. “There is an interesting story and raises some philosophical questions about who Aloy is and what humanity looks for and who we are as people, who she is and why we are here. It’s not just robots, dinosaurs with machines guns. It has a really interesting story line too.”

Marl further revealed that three things never changed when they first pitched the game to Sony back in 2011. First, a playable lead female character, vast open world and machines. Mark also revealed and detailed several role playing game elements such as leveling up, crafting, perks, choosing outfits and choosing weapons. He also teased that are other RPG elements which they plan to announce a bit later.

Regarding shooting he explained that the word shooting most of the time implies to gun but there are no guns in the game and it uses primitive technology. Mark stated that the game is a deep tactical strategy game which will ensure that the player will learn more about the machines such as their weak points. Exploration will also play a big part in the game and players can explore mountains tops, depths of valleys and ancient cities. Furthermore there are no load screens in the game. In short this is a completely seamless world.

Technically the game is one big area since there is no loading but it comes packed with a number of different environments including deserts, lush jungle like region ,and a forest area along with a full day-night cycle and weather system. However the cool thing is that there is a reason why these specific regions exists and it all ties in with the story. He also revealed that the game is not necessarily set on Earth.

Finally he also shared his thoughts on the development cycle of the game. It was tough to build over the Killzone engine and revamp it for an open world game. Several mechanisms were changed such as the machine’s navigation map, streaming logic and lighting effects.

You can check out the entire interview below.