The Killzone engine was heavily modified for starters. 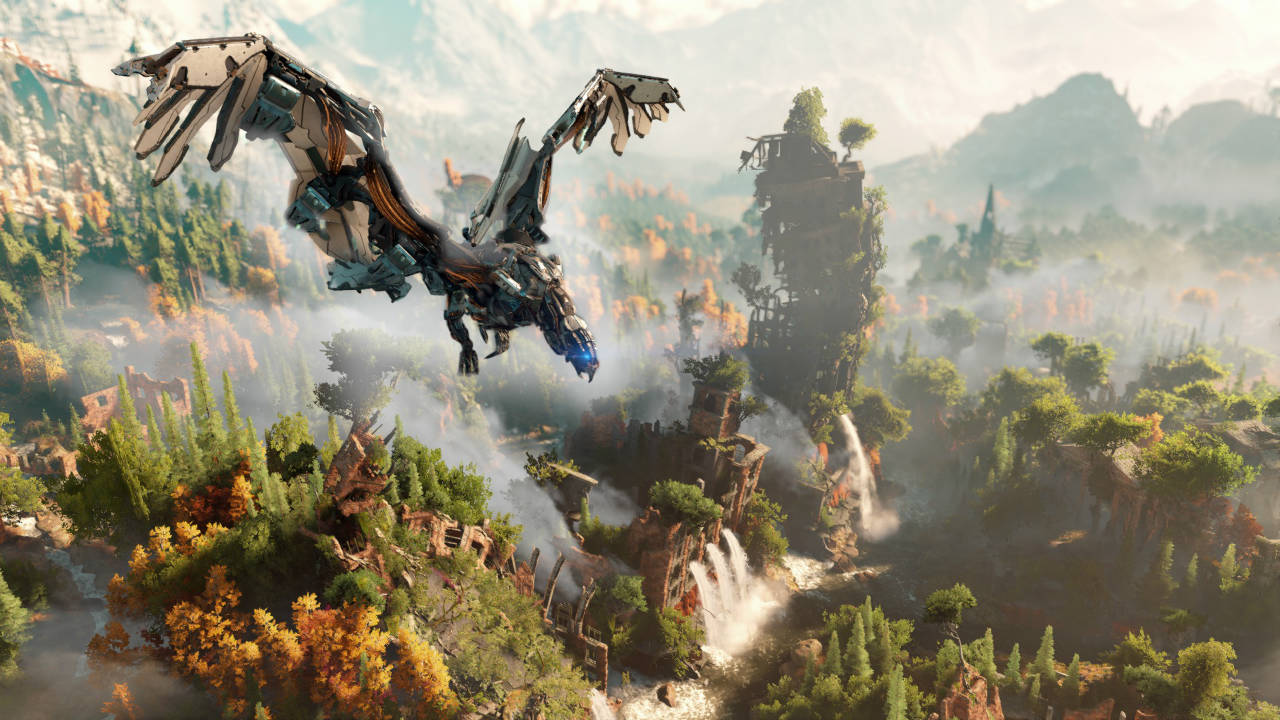 We know that Horizon: Zero Dawn is an overarching and very detailed attempt at a brand new open world RPG that we haven’t really seen before. What we know now is that putting the game together has made developer Guerrilla Games put in quite a bit of effort not just in writing the game and coming up with the theme, but also in getting the tech ready in order to produce it.

This particular game is the first of its kind when it comes to Guerrilla Games because the development team at that company has never tried to make an open world RPG before. That means not only didn’t they have a story they could lean on, they didn’t even have the framework or template to lean on in order to make Zero Dawn. Guerrilla Games Co-Founder Hermen Hulst sat down and talked about what the studio did to ready its team and tech for the open-world of Horizon.

“But also the game design elements such as RPG mechanics and story writing for this kind of game are very different and more difficult and demanding than for games that are more linear. So in those areas we have been very proactive in our recruitment effort,” Hulst told GamesRadar. Hulst added that the engine being used for the game is a version of its Killzone engine but it has been heavily changed in order to accomodate the very different method of storytelling that comes along with an open world RPG. Horizon: Zero Dawn is expected to release in 2016.