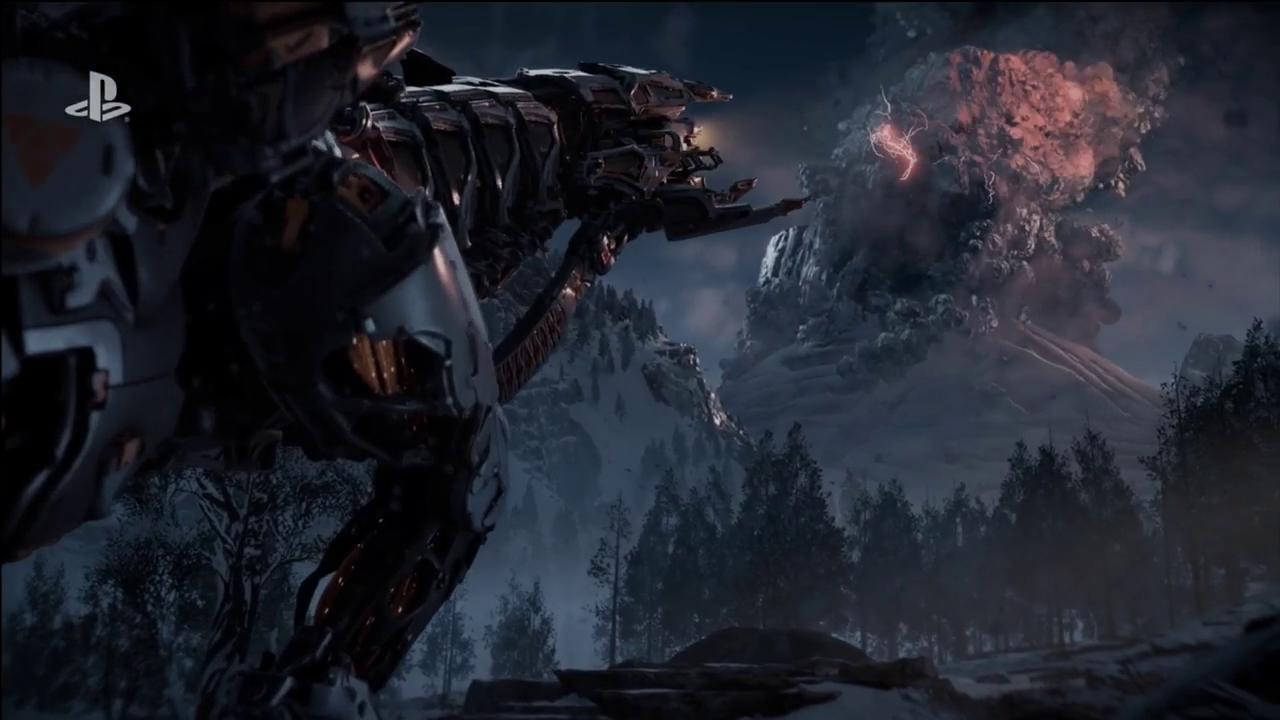 Horizon: Zero Dawn fans were treated to a excellent announcement at this year’s Sony E3 press conference when The Frozen Wilds, the game’s first DLC was announced. And apparently, The Frozen Wilds will feature a lot of stuff to get excited for, from more quests to a large map, and Hermen Hulst, managing director of Guerrilla Games, calls the DLC “very beefy.”

“It’s very chunky,” Hulst said of the DLC in an interview. “We start with a new territory, a new realm. We go across the northern mountain range into the territory of the tribespeople of the Banuk. They are very hardy, because they have to be. They live in these wild lands that are so cold, and it’s so hard to survive there.”

“But it’s very beefy,” Hulst continued. “It’s a good sized map. I mean, I can’t really give you the details on the hours and things like that, but there will be plenty of new stuff in there. Obviously you’re gonna explore their culture, there will be challenges, new settlements and quests for Aloy to pick up, there will be new weapons- there’s a lot of new stuff.”

Horizon: Zero Dawn- The Frozen Wilds will be out later this year for the PlayStation 4. In the meanwhile, stay tuned to GamingBolt for continued coverage on the game.