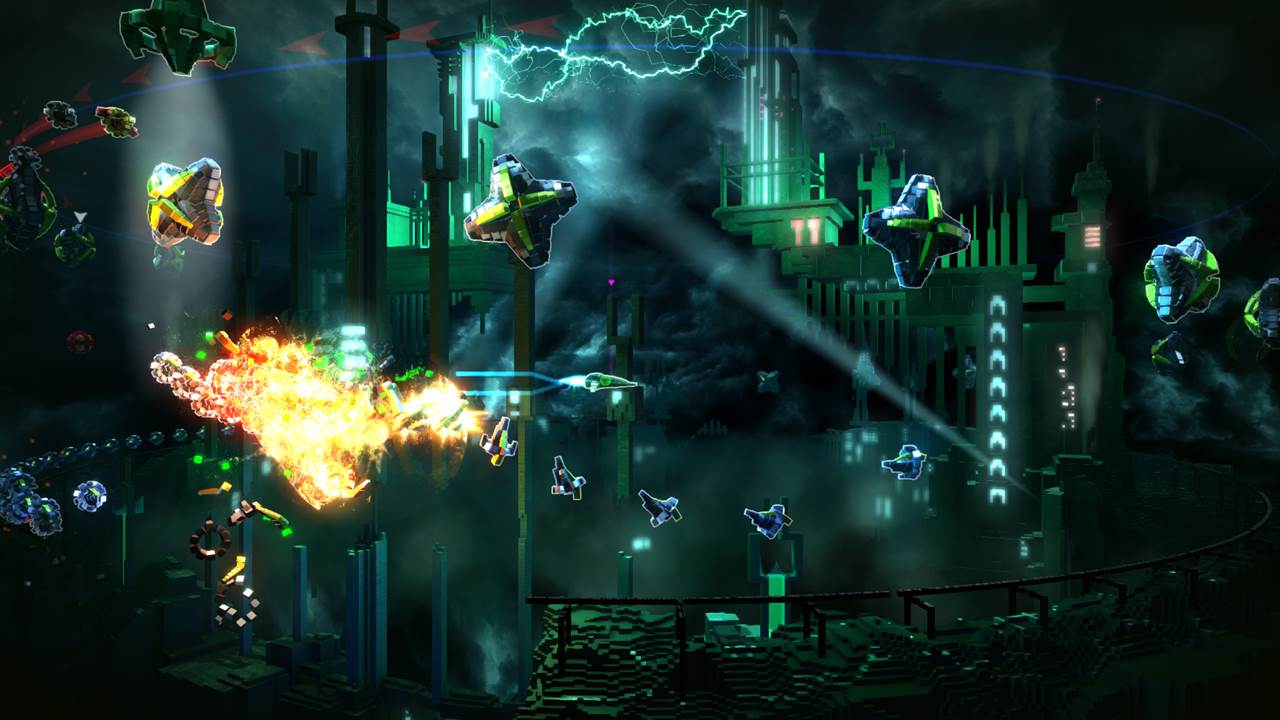 Keeping in mind Sony’s push for indies on its PlayStation 4, with Shuhei Yoshida even stating that they would fill the gap between big releases to ensure a steady stream of content after launch, RESOGUN developer Housemarque is definitely an anomaly of sorts. It’s been one of the few indie developers to predominantly cater to Sony with games like Dead Nation and Super Stardust Delta. We recently had a chance to speak to Harry Krueger, Lead Programmer of RESOGUN about the upcoming PS4 console, in which they revealed key differences between it and the PS3.

“We have worked on many platforms in the past. On development side the two are not all that different; only instead of hard-to-program SPUs that require assembly-level programming if you want to extract the full potential, we have compute shaders that are easy to program and most of the cumbersome scaffolding is now in the GPU hardware. One difference is that when things go wrong, PS3 GPU crashes but PS4 GPU hangs [note: you just read some coder humor].

“As for power, anyone can look up the figures on paper. It is powerful enough to blow your pants off.”

Keeping in mind that Warframe dev Digital Extremes took only 3 months to get the game running on PS4, we asked how long it took to get RESOGUN going. “It took a little longer. I don’t know how many people were working for Warframe on PS4; we had mainly two, one long-time veteran and one relatively new hire. A few others helped, too, but the graphic engine takes the lion’s share of the effort.”

Finally, we asked Krueger about what kind of multiplayer component we can expect from RESOGUN. “For multiplayer, we’re planning on having at least the traditional online co-op mode, so you’ll be able to play through the normal game’s levels with a friend, online.

“Of course, everything that you’ll experience in single player – all the destruction, the effects, the amount of enemies, the solid framerate – all of that will remain intact in the multiplayer mode. We’re also interested in spicing up the multiplayer to make sure players keep coming back for more, so it’s possible we might add some extra features there to make things more exciting.”

RESOGUN will be launching with the PlayStation 4 on November 15th in North America and November 29th in Europe.