How expectation seems to be narrowing

Posted By George Reith | On 09th, May. 2011 Under Feature | Follow This Author @GNReith

I’ve found in my line of work that, unless I get a game for review purposes, it tends to be a while until I get enough free time to sit down and play through it. Following a series of Easter and Royal Wedding related bank holidays I’ve only just had the pleasure of ploughing through Jane Jensen’s Gray Matter, which launched back in February. Having thoroughly enjoyed the game, I was rather confused by its mediocre critical reception. All critiques of the game focused on the controls as a major point of contention, and it has got me thinking about how people generally seem unwilling to work with the various oddities within certain genres of games.

For those who missed out on Gray Matter, the first thing you should do is go and get a copy. It has its issues for sure, but it has a riveting story and some of the most genuinely enjoyable characters of this generation. Was this enough for the critics? Apparently not. Granted, reviews need to highlight problems within a game but, if it’s a solid overall package, it should not see its score so drastically altered by a few minor blips. 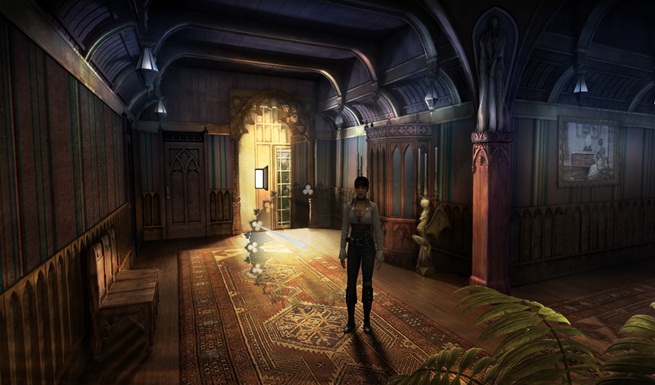 Who cares about control issues if they have no negative impact on the game's rich story and characters?

This isn’t exactly an isolated case either. Most modern point and clicks (aside from the odd indie title here and there) have met with a similar type of criticism and commercial indifference, effectively pushing the genre to a level of obscurity. But why should the genre be judged with such an unflattering criteria? It seems nowadays that no one has the patience for even the slightest control flaw that may threaten to slow down a game. Why shouldn’t some games be slower than others though? If all music was played at a thousand beats a minute, it would get pretty old pretty quickly. Sure, point and click adventures are slow paced, but isn’t that kind of the point? In a way it also reduces control issues to a rather manageable size. A decent interface is obviously a pre-requisite but, if there are a few blunders, it’s not exactly going to damage the humour, characters or story that the point and click genre is renowned for. With every game seemingly judged by the standards of fast-paced, quick thrills action titles, the point and click adventure has seemingly died out this generation.

An even worse example of this narrowing of expectation is the recent “decline” of the survival horror. I say decline but, there are certainly some good “horror games” coming out at the moment. The problem is that none of these games are especially terrifying. Pace is once again an issue. If the game isn’t throwing a zombie at you every five seconds it seems to get ignored. There are of course exceptions to this rule. Amnesia: The Dark Descent is a fine example of a modern horror game that has garnered good scores across the board, all whilst retaining its fear factor. It did this successfully by being bloody obtuse. The game is difficult, often awkward and so scary that it is practically unplayable; and that’s exactly how a true survival horror should be. If you honestly enjoy actively playing a horror game, the developers have done something very wrong indeed. 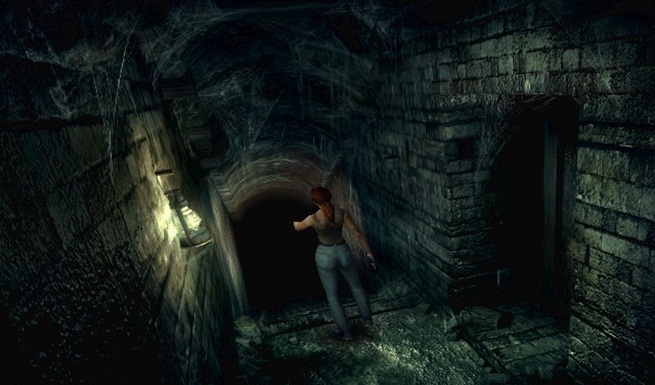 Players didn't seem to have the patience for fixed camera angles. A shame, considering how frightening they can be

Another issue with the modern survival horror is that there is too much control given to the player. This occurred to me whilst I was playing through Alone in the Dark: The New Nightmare on PS1 earlier this year. I remembered it being scary in my youth and wanted to relive the glory days. I was disappointed as the game was far superior as a memory, but it still scared the hell out of me. This was for one reason and one reason only: Fixed camera angles. This whole over the shoulder camera thing popularised by Resident Evil 4 isn’t a bad thing, but it cannot compete with fixed camera angles in terms of fear factor. Many complain that the dodgy controls and restricting camera in older generation survival horrors were annoying and problems. Why not embrace it? The things you can’t see and can’t properly defend against are what is truly terrifying.

This shift in tastes isn’t exactly surprising though. With any other medium there are always the less popular genres and forms. Films with artistic merit are often ignored in favour of romantic comedies and poetry sells worse than novels. So it remains that FPS titles will always sell better than a story driven adventure game. The strange thing is how these now obscure genres were once so popular. Resident Evil ruled the roost back in the PS1 era, and the point and click was a shining light in the early 90’s. So why has this all changed? Is it changing trends, a new gaming audience arising as the generations pass or a more demanding set of criteria by which we judge games? Most likely a combination of all of them. Though they are unlikely to be on top once more, these slower paced genres shouldn’t be faded out entirely. Certainly the games we play are getting consistently more accomplished all the time, but we need to work with our titles and not against them. If a game succeeds at what it is trying to do, why let small criticisms of other areas get in the way? Let apples be apples and pears be pears. Try and keep this mind set as you play games and try and appreciate the obscure alongside the mainstream.