Back in 2008, The first game to fully utilize the Blu-Ray space capacity was Metal Gear Solid 4, taking up about 50GB.

And now Sony Santa Monica revealed that God of War 3 will fill up about 35GB on the Dual Layered Blu-Ray. 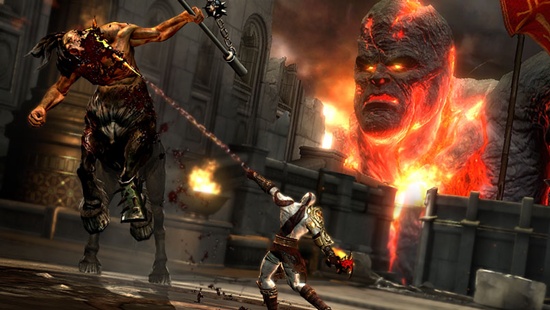 Nothing can stop him, not even Blu-Ray!

What was also revealed is that the European version of the game will fill up even more, count that 40GB of BD space due to the different languages that are included in the EU version.

There will be only chaos on March 16 for the U.S, Europe will have to wait 3 days (March 19) until they can slaughter some fools.