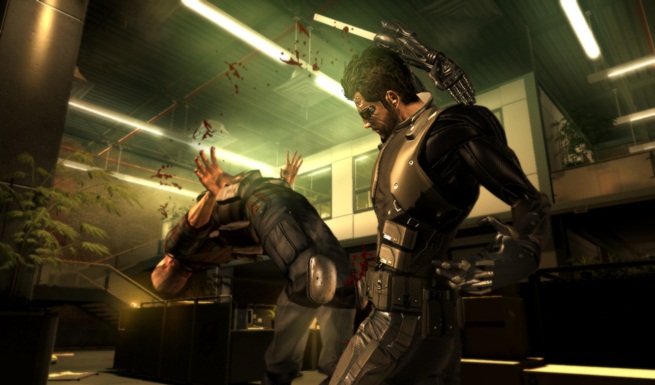 Eidos Montreal, developers of the upcoming Deus Ex: Human Revolution, say they will be very happy if players play DX:HR as a normal shooter and still have fun, but they are insisting that people play the game tactically, saying that it will require you to think.

“Actually, if people play the game and they don’t explore the ideas and they have a good time, I’m still happy,” Jean-Francois Dugas told GameShark.

“I don’t want to force anyone to think about the game in order to have fun. If people want to go on the critical path, pick up guns and kill everyone to get to the end of the story – enjoying it only on the first level of what it is – that’s fine I’m glad they’re happy.”

But Dugas explains that the game is designed this way the run-and-gun gameplay style just won’t get you through the game, that you will have to think tactically- about the only things that the game forces you to do.

“It’s mechanically not a mindless shooter, it’s a tactical shooter. Because if you run and shoot like a headless chicken, you’re going to get your ass kicked and you’ll have a tough time. If you plan accordingly and examine your enemies you’ll start to go beyond the direct path and look at alternate things in the game,” he said.

“As you do that you may stumble across something that alludes to the richness the game has to offer.”

When the devs play tested the game first, they realized that players rely a lot on normal FPS action and don’t think tactically. So they changed the game to suit the style they were looking to implement in Human Revolution.

“With later play tests we found people still start the game like a shooter but get killed a few times and then they start doing other things. They then find secret places, or things to read and suddenly the game becomes much bigger than they thought,” he said.

“So, we’re not forcing you but the way the gameplay loop works we do encourage you to go outside just the straight path.”

We honestly just cannot wait to get our hands on Deus Ex: Human Revolution. The game releases on August 23rd and August 26th in US and EU respectively.