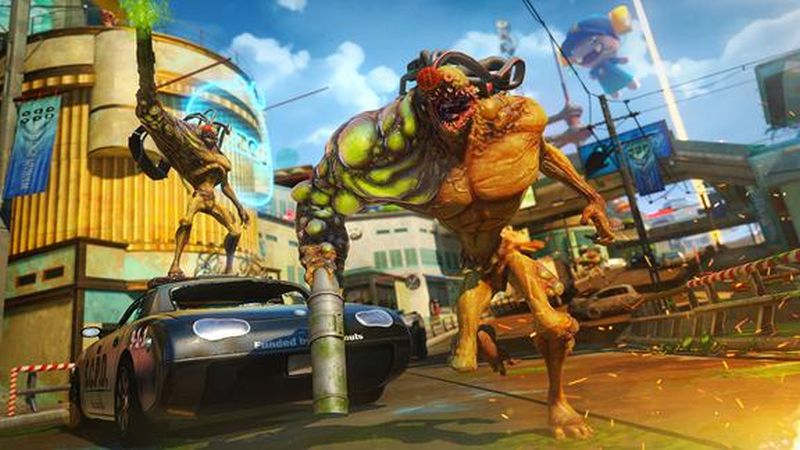 Insomniac Games finally pulled the curtain back on its Xbox One exclusive Sunset Overdrive. We got to see the identity of the monsters, known as the “OD’D”, the weapons, some crafting features and the ability to vault and jump all over the city. But wait – monsters? Crafting? Weapons? An open world environment? Does that sound familiar?

But no seriously, Insomniac has actually had to go on record and deny any similarities that Sunset Overdrive has with inFamous.

Other developers shared their own opinions on the similarities and – surprise, surprise – they find them ludicrous.

Finally, Ninja Theory Assistant Producer Colin Chang added that Sunset Overdrive, “Looks like the sort of thing I was hoping for in InFAMOUS Second Son. Was skeptical but looking like a day one purchase.” That last comment doesn’t even compare the two games – it simply means that Chang was looking for an open world experience with the brevity that Sunset Overdrive promises.

So you tell us – do the two games have anything in common except for their open world natures and being video games? Let us know in the comments.