A recent screengrab from the PlayStation Store seems to indicate as such. 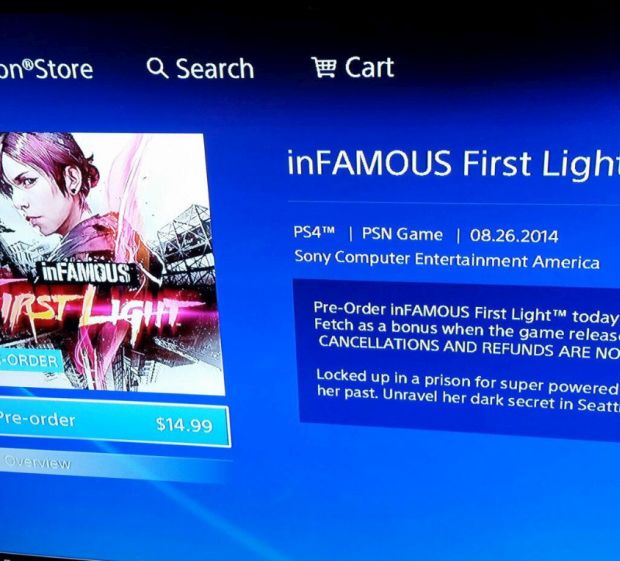 inFamous: First Light was revealed at E3 2014 and will be a substantial single-player content pack for inFamous: Second Son. Instead of playing as Delsin Rowe, you’ll take on the role of Abigail Walker or Fetch, a conduit who uses Neon powers. We’ll figure out her origins and access new areas such as Curdun Cay along with returning to Seattle. You’ll also be able to use a different kind of Neon that’s unique from Delsin’s.

When will it be out though? According to an IGN reader, who took a screenshot of the PlayStation Store, it seems that First Light will be out on August 26th 2014. Sony already stated that the DLC would be out in August so this seems plausible.

Are you looking forward to the release of First Light and the exclusive “fun content” it will bring? Let us know your thoughts in the comments below and stay tuned for official confirmation from Sony.