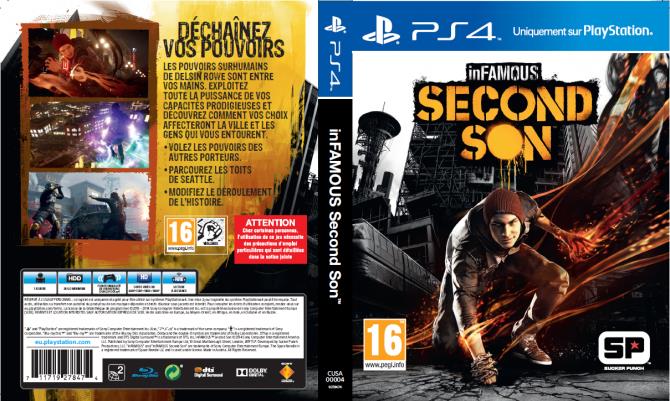 Sucker Punch’s inFamous: Second Son is still a month away but the studio and Sony are gearing up for the release. The official European box sleeve has been released by PlayStation France community coordinator PixelTux and it seems you’ll need roughly 24 GB of HDD space on your PS4 in order to install the game. Check out a close-up of the box-art below which confirms this size.

It’s hardly a case of excessive storage requirements though. Killzone: Shadow Fall required almost 50 GB of space to install and even games on the Xbox One have high storage requirements. A patch for Dead Rising 3 weighed in at 13 GB, for crying out loud.

If this is an indication of developers getting better at optimizing assets and compressing them for final releases, we’re all for it. We’ll find out how Second Son plays as a game when it releases on March 21st worldwide. Stay tuned for more news and details on the game as approach launch.