Is Bethesda Doing The Right Thing With Fallout 76?

Bethesda is doing something unique with the franchise and that itself deserves praise.

Fallout is a series that has gone under more than its fair share of changes over the last 20 years. The post apocalyptic series has largely done a pretty good job of walking the line between staying up to date with current gaming trends and expectations with RPG adventure games, and also, staying true to the themes and tones that made the previous iterations work. Today, the franchise could not be more popular with overwhelmingly favorable reception of the games from most fans.

With the third game really putting it on the mainstream map in 2008 Once Bethesda Game Studios got behind the wheel of development. Several Fallout games have followed since, including Fallout New Vegas which was developed by a team that included some of the developers that worked on Fallout 2, and others that generally performed well in sales and reviews. But now, the post-nuclear-annihilation franchise is seeing one of its biggest revisions yet.

The highly-anticipated new Fallout game, Fallout 76, will be a primarily online experience; the online mode is where all the focus is, and it does have some fans a little concerned, maybe rightfully so, as this is somewhat less-traveled waters for Bethesda in general. But at the same time, I think this is exactly what the series needs. Fallout 4 was a great game and it did basically everything it needed to do by pleasing long-time fans of the franchise and bringing in plenty of new ones  from a new generation of consoles, but Bethesda was absolutely right to decide to mix things up before they began to get stale. While most fans were pretty happy with Fallout 4, some complaints of “sameyness” were certainly sprouting up, and they weren’t totally unfounded. mechanically, Fallout 4 isn’t terribly different from the last two games fundamentally, and if they made Fallout 5 in the same way, it arguably could have turned more fans off and put the franchise in danger of losing some of its hard-earned relevance. 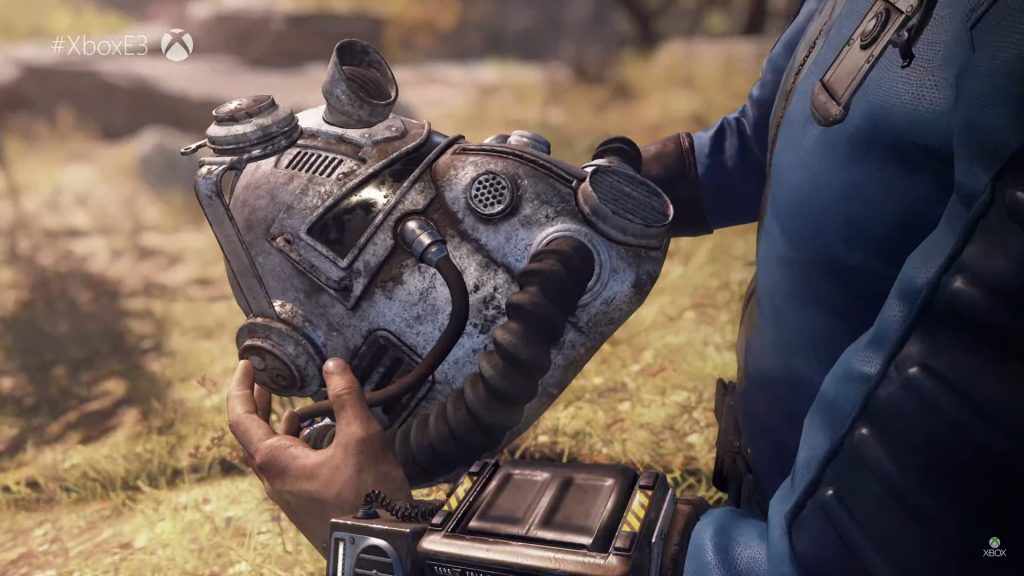 That is something no major video game franchise wants, and its always smarter to prevent that problem than to react to it once it has already risen. Considering all of the different changes that could have been made to the franchise, taking it online does seem like the safest way to change things up while also preserving the main hook of the strategic game-play. An online multiplayer Fallout game is a perfect way to let players interact with each other instead of a ton of non-playable characters, which will breed new types of experiences and memories for players that the previous games simply were not capable of delivering. When you really think about it, an online Fallout game, at this point, makes a lot of sense.

Thats not the only change coming to the franchise though. Fallout 76 will have a distinctly different setting than previous games by taking place in the hills of West Virginia, so while I will try to remove my personal bias of being from West Virginia myself, and spending the first 29 years of my life living on those country roads, I must admit I was pretty hyped to see that Bethesda has clearly gone out of their way to recreate many important landmarks throughout the state like the capital grounds, Camden Park.

So while the West Virginian in me is excited for that particular setting in concept, the gamer in me is more excited to know that the new setting isn’t just a different backdrop for the same old game-play, but rather, will play an important role in how the game unfolds, the locations, and overall tone of the experience, which will give Fallout 76 a feel that could not have been achieved with any other setting. Putting large games in a fictional version of a real place can serve the experience well, giving the developers a template to work with can speed up the creative process by giving artists a lot of ingredients from the get-go.

Far Cry 5 and Horizon Zero Dawn are excellent recent examples of big expansive games taking inspiration from real places, with the former being set in Montana and the latter being set in the midwest featuring many aspects of Utah, Colorado and Northern Arizona. This really works well when developers pay close attention to the settings they’ve chosen and get the look right, and it looks like, from what we’ve seen so far, Fallout 76 is on track to join those two games, and many others,  in the category of games that totally take advantage of the unique qualities of a certain setting and use them to make the game look just as unique as the location itself.

There are a lot of directions that the Fallout franchise could have taken for 76’s setting, but I think this unique decision to focus on a lesser-known condensed location over the sprawling concepts of the midwest or European landscapes that many open-world games tend to go with, was a fresh take and it will serve the game well by setting it apart from the herd. And thankfully, even though in real-life West Virginia might be smaller than the midwest, Fallout 76 is aiming to be several times larger than Fallout 4 was, so we’ll be getting to have our cake and eat it too in that regard.

There are lots of directions that the Fallout franchise could have gone in at this point, and I’m sure for the next several games we’ll see more of those possibilities explored, but 76 takes a level of creative risk that we haven’t seen from the franchise in quite a while and could perhaps be the biggest shift stylistically that the series has ever had. Whether it works out or not, will only be determined once its in our hands, but regardless of how reviews turn out, you’ve got to hand it to Bethesda and have a certain amount of respect for the willingness to shake up the format of Fallout as much as they seem to be doing here.

The one get get of jail free card they seem to be affording themselves is that Fallout 76 isn’t a chronologically numbered iteration, meaning, it’s not a direct sequel to 4. So, on the off chance it doesn’t work out well, they can always pick themselves back up with a safer return to form with Fallout 5 in a few years. So not only are they taking respectable creative risks, but they seem to be doing it responsibly, leaving themselves a way out if for some reason the risks prove to be fruitless. Although considering how much thought and care seems to be going into Fallout 76, I don’t think we have much to worry about.