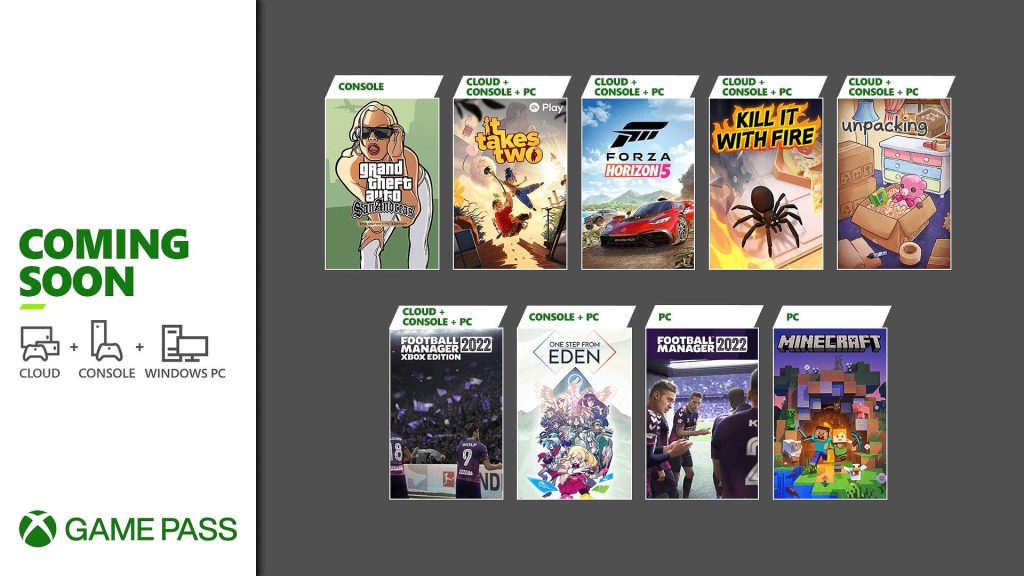 Microsoft has unveiled its first wave of Xbox Game Pass titles for November, starting with the arrival of Minecraft: Java and Bedrock Editions tomorrow for PC players. Unpacking will also be available for cloud, consoles and PC. Surprisingly enough, It Takes Two is coming to EA Play on November 4th, which means Xbox Game Pass for PC and Ultimate members can play it.

Of course, there will be a number of titles leaving Xbox Game Pass as well. They’re still playable until November 15th so check them out now while there’s still time.

Stay tuned for details on other titles coming to the service in the coming weeks.