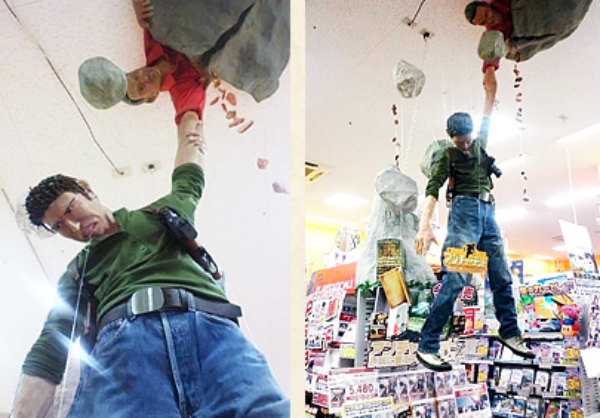 Wow, I wonder how they can make a game as good as Uncharted 3 look… like that.

Look how they promote the Japanese retailers promote this game- showing a fiendishly stupidly designed Drake, wearing a pair of jeans on his nipples,  falling over a shelf in a household with Sully pulling him back up. 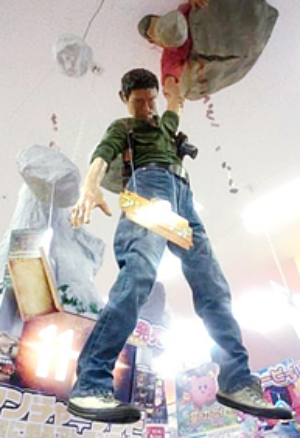 Sony actually chose this image. They held a competition which would decided which fan made concept will be used in the game’s campaign, and this one won the trophy. Can you freaking believe it?

Oh, well, you’ve got to admire the Japanese’ creativity, if nothing else.