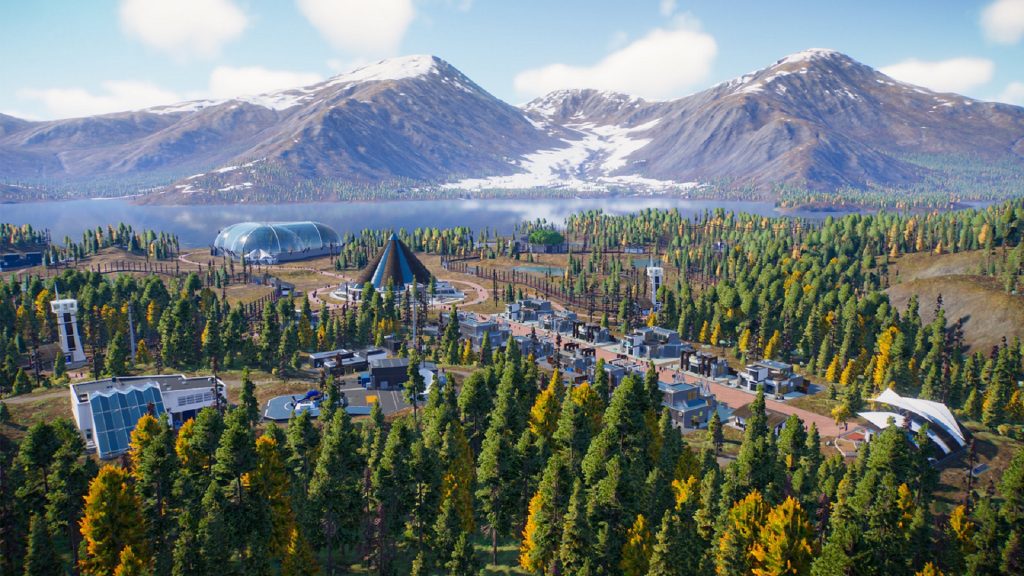 Frontier Developments has published its latest Interim Results and Trading Update, confirming that Jurassic World Evolution 2 has sold nearly one million units since launching in November 2021. This is only for the base game and not DLC with the company noting it to be “the latest successful addition to our portfolio.” PC sales were initially lower than expected near launch but it seems that word-of-mouth and critical acclaim helped significantly.

Elite Dangerous was described as having a “difficult calendar 2021” due to the “disappointing” launch of the Odyssey expansion. As such, Frontier continues “to support the game and our passionate players with development updates, and we have seen an upturn in player sentiment as a result.” Its third-party publishing label, Frontier Foundry, also has four titles releasing in calendar 2022 including FAR: Changing Tides and Warhammer 40,000: Chaos Gate – Daemonhunters.

Interestingly, Frontier has plans to enter the world of Formula 1 with the “first release for our annual F1 management game franchise.” It also expects the release of Jurassic World Dominion to provide a “corresponding benefit” to Jurassic World Evolution 2.

Unfortunately, those waiting for the company’s take on Warhammer Age of Sigmar, which will be a real-time strategy game, will need to wait longer. The title has been delayed to fiscal year 2024 (which starts post-April 2023). “This change will further improve the quality and longevity of the game, and overall make it more successful.” As such, Games Workshop has already outlined several other Warhammer games coming this year (sans Warhammer 40,000: Space Marine 2) so that should keep fans busy.

As for Jurassic World Evolution 2, it’s currently available for Xbox One, Xbox Series X/S, PS4, PS5, PC and Nintendo Switch. It recently received its first expansion, the Early Cretaceous Pack, in December though sales for the same haven’t been revealed.