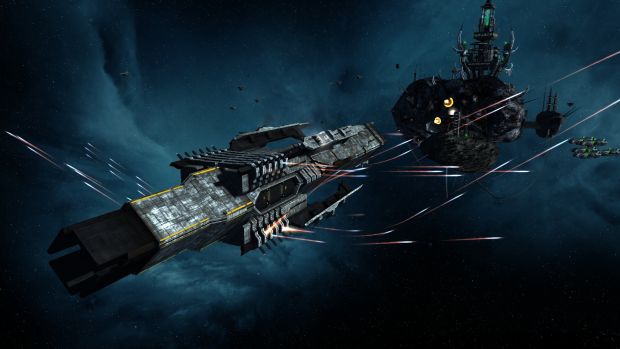 Sins of a Solar Empire is a 4X type retail time strategy game which encompasses creating your own empire and building up a massive space fleet. From here, you can peacefully negotiate with other races, trade and encourage the spread of culture, or dominate by vicious, lazer-filled force. You’ll have six factions to choose from, a ton of different planets to colonize (with the extra content adding four new types to the mix) and much more.

The New Frontiers Edition at retail will include a post and digital soundtrack for consumers. If you’re into 4x type games, it’s a pretty good deal. Head here for more information.