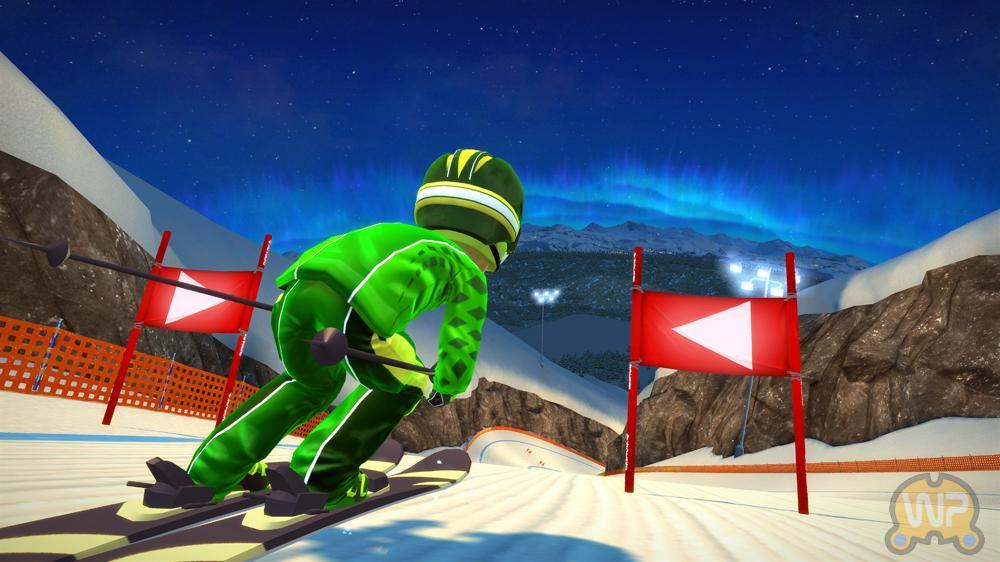 I reviewed Kinect Sports 2 a few months ago, which you can check out over here, and the most remarkable thing about the game was that, it was actually a downgrade over the first one. Now Microsoft has bolstered the content of this game by releasing three new maps, bringing the total to six.

The DLC strategy for this game seems really weak, as the main game, Kinect Sports 2 was devoid of satisfying content.

The three courses that you get with this pack are surprisingly well designed, and are set in a night setting. Although, you do not have the ability to toggle between day and night for some reason. Little things like this makes me wonder that, this really is a fast cash-in attempt compared to the first game.

The courses are named, Backwood Blast, Pitch Black and After Hours and feature some solid night racing under floodlights. They are well designed and are not that challenging on the easier difficulties.

If you have played the previous game before, you will know how this works. The difficulty spike in the higher levels is brutal, though.

The pack is really cheap and will set you back by 400 MS points. So if you love Kinect Sports 2, and I’m pretty sure plenty of people do, this pack will provide a nice little boost to the map count.

There are 10 gates in Backwood Blast and the course is fun to navigate. Pitch Black and After Hours feature a lot more gates and jumps for you to go through. And all three of them are really fun.

The small ones in your house can have a blast here, as it is genuinely fun, and I guess it’s a good workout for anyone even if they play this for a hour or so. It’s clear that there is fun to be had here, and for 400 MSP, it can actually be a good addition to the game if you play it a lot.

Visually, the courses look pretty good, and there isn’t anything complex here in terms of visual effects. The night setting does make it a joy to ski, but the effect wears off after a while. Ultimately, depending on how much fun you had with the main game, lies the choice to buy this or not.

Only three courses. No option to toggle between day and night. Unremarkable DLC.

Final Verdict:
FAIR
Ultimately, depending on how much fun you had with the main game, lies the choice to buy this or not.
A copy of this game was provided by Developer/Publisher/Distributor/PR Agency for review purposes. Click here to know more about our Reviews Policy.