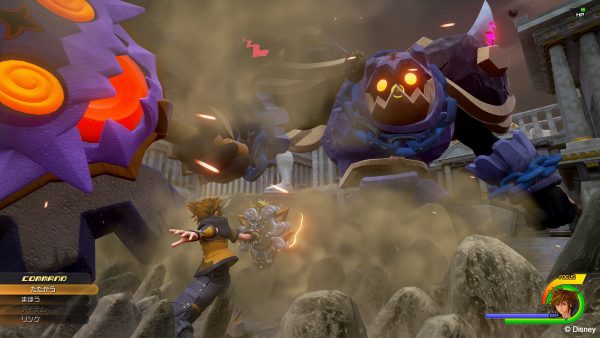 Do you believe in miracles? Because Square Enix has released new footage for Kingdom Hearts 3, the long-awaited sequel in the fabled series. Check it out below as it sees Sora, Donald and Goofy heading to Olympus to battle the Heartless (we think). Eventually, Hades, Pete and Maleficient make their appearance.

The combat is what has us invested as it showcases Birth by Sleep’s Shotlock system and one of the newer transformations for the Keyblade. Thunder can rain down from the sky which seems part of the weapon’s Command Style and huge fists can also be summoned to batter enemies. There’s the usual Magic associated with the franchise and an epic boss battle where Sora fights an enormous behemoth.

Though it doesn’t have a release date, Kingdom Hearts 3 will have a new world and a new trailer at D23 Expo 2017 on July 15th. At the very least it seems that Square Enix is pushing forward with development.

What are your thoughts on the new trailer? Let us know in the comments below.