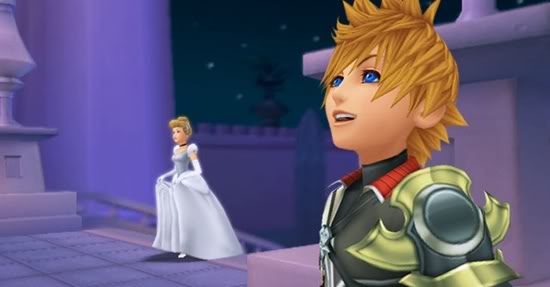 Square Enix today announced that KINGDOM HEARTS Birth by Sleep will be released across PAL territories today on 10th September exclusively for the PSP.

With more than 14 million copies shipped worldwide, the KINGDOM HEARTS series is one of the most beloved RPGs in video game history. With KINGDOM HEARTS Birth by Sleep, Disney and original characters for KINGDOM HEARTS characters unite once more in a brand new magical game world, set to engage players with its gripping storyline and action-packed gameplay.

Turn back the pages of time in this earliest chapter of the KINGDOM HEARTS saga that explores the origins of the series. Showcasing all-new characters and brand new but instantly recognisable Disney environments from the worlds of Snow White, Cinderella and Sleeping Beauty, the game boasts exceptional graphics making it one of the most beautiful titles ever to be released for the PSP.

Larry Sparks, Vice President Brands PAL Region of Square Enix Ltd. comments, “KINGDOM HEARTS Birth by Sleep is a spectacular epic adventure that will bring joy, action and suspense to anyone who embarks on the game’s journey.”