Ten years ago, Square Enix released a game that by all accounts should have been a one off, a wacky experiment that maybe found a core, cult following, but then faded away like one of those one offs that so many companies often release. I mean, it was a crossover between Disney and Final Fantasy worlds. There was flat out no way that could have worked, right? It would be relegated to a niche, wacky one shot at best.

But somehow it defied expectations. And instead of being a single title, a one off, it spawned its own series. A massive series, Square Enix’s third major pillar. And as time went by, it grew its own rabid fanbase. And, in typical Square fashion, it began to lose sight of what it was that had made it so great to begin with, instead engaging in increasingly flashy cinematics and a story that no one could keep track off unless they followed online Wikis and played games available across at least six different platforms.

But there was a time when it was simple. Charming. Addictive. Deep. Fresh. Innocent. Incredible. This is the story of that time, revisited. 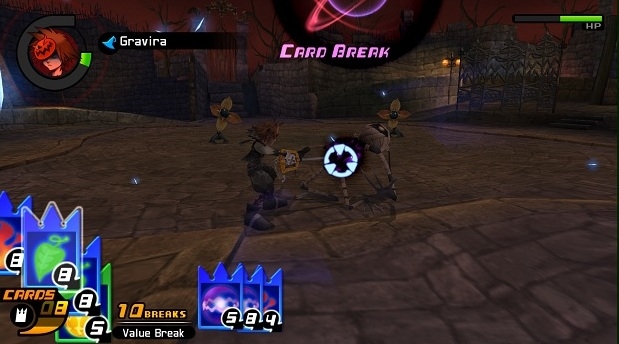 Kingdom Hearts HD 1.5 ReMIX includes the original PS2 classic that kickstarted the franchise, the PlayStation 2 remake of the GameBoy Advance spin off that proved to be such an interesting diversion, as well as a semi interactive retelling of the story of Kingdom Hearts 358/2 Days, which represented an important part in the increasingly more complicated series mythos. Unlike most HD collections, this one isn’t just a simple paint job- it’s a loving homage to the series, and a tribute to the fans.

"The bad camera system, for example (why they just did not use the camera from Kingdom Hearts 2, I don't know), or the simple fact that the battle system tends to lose steam and depth as the game nears its conclusion are problems still prevalent here."

Take, for instance, the first game. The version included in this package is not the same version that was released overseas, but instead, the much lauded ‘Final Mix,’ that we never got to see anywhere outside of Japan. The Final Mix is an enhanced version of the original game, just different enough to feel fresh (especially after all this time), but just familiar enough to feel like a welcome, faithful remake. It’s mostly very subtle changes, the kinds you’ll be familiar with only if you actually remember the original game all that well- but then, those are exactly the kind of people this will freshen things up for.

Of course, the problem with this being the old PS2 game is that it also inherits most of the PS2 version’s problems (which were also, it seems, in the Final Mix). The bad camera system, for example (why they just did not use the camera from Kingdom Hearts 2, I don’t know), or the simple fact that the battle system tends to lose steam and depth as the game nears its conclusion are problems still prevalent here. That has not changed, because the game is still largely the same, in spite of a few changes. 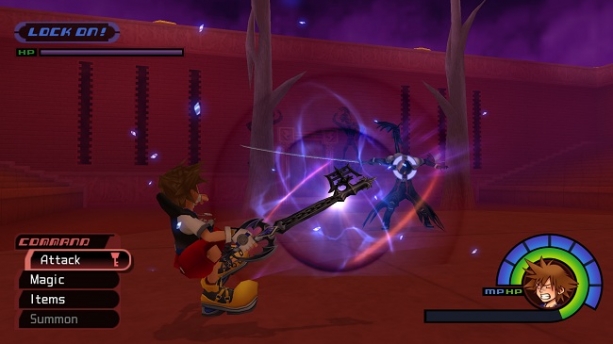 The changes, however, are only very minor, as mentioned above, and mostly they are very minor dialog variations, or an item having changed its placement, new weapons, or some enemies showing up where they didn’t use too. The actual gameplay remains untouched. For the series faithful, this is great, but after a decade’s worth of refinements to the formula, it’s a bit hard to go back to the first game’s relatively raw take on the Kingdom Hearts formula. Especially after last year’s Kingdom Hearts 3D moved the series’ trademark gameplay forward in such a fluid, free form direction.

"Kingdom Hearts Final Mix may be the best overall game in the package, but the most stunning improvement is Chain of Memories. The Gameboy Advance game had a card based battle system, one that many people professed to love, but one that I admittedly did not care much for."

What this means, however, is that the game is every bit as charming as you remember. Protagonist Sora and friends traverse through various Disney worlds and Disney themed worlds, meet a multitude of characters, battle a lot of enemies using a battle system that was a revelation for its time, and complete quests. They also engage in the simplest plotline in the series, back before Kingdom Hearts began to take itself seriously enough to where it was a detriment.

Kingdom Hearts Final Mix may be the best overall game in the package, but the most stunning improvement is Chain of Memories. The Gameboy Advance game had a card based battle system, one that many people professed to love, but one that I admittedly did not care much for. The PS2 version was similar; that all stays the same in this version (and if you liked it then, you will like it now; if you hated it then, this isn’t converting you). What does change, however, is the game’s graphics. The GBA game got a fresh coat of paint when it came to the PS2. Now, the paintjob had got another paintjob, and Chain of Memories, using what look like the same, touched up and redone assets used in Final Mix, has never looked better. Its story is sweetly simple too- contrived, yes, but it’s a JRPG- but very sweet, very simple. 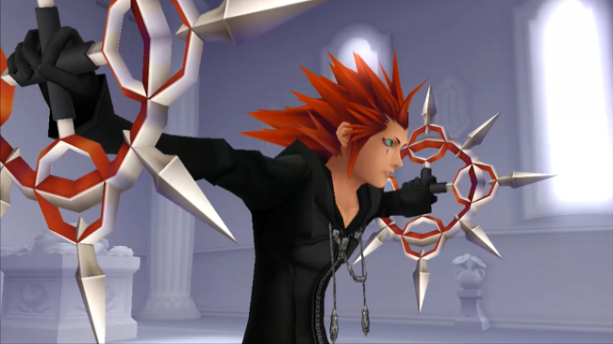 The last major portion of this package is 358/2 Days, the DS game. That game is not available in this package (presumably because upscaling it to HD to make it look consistent with the other two would be more trouble than it’s worth). However, all the CG and cutscenes from that game that told the story are here, touched up and in full HD. It can take a while to get through, and honestly, all but the most ardent and attentive of fans will soon lose track of the story, but it’s still a worthwhile addition to the package.

"All three of these games, then, come together and create a love letter of sorts to series fans- the first chapter of the story retold lovingly, for the initiated and the newcomers."

All three of these games, then, come together and create a love letter of sorts to series fans- the first chapter of the story retold lovingly, for the initiated and the newcomers. It’s an almost shockingly respectful, and yet progressive, treatment of an old property, one that most modern companies, and certainly not Square Enix, rarely manage.

But they’ve done it this time, and the result is brilliant. It’s a revisiting of one of the most charming, unique, fresh experiences at the time of its release, with the lens of ten years’ worth of hindsight. Soon after Kingdom Hearts, the sequels and spin offs would muddle the series beyond belief. But this, this package is the story of a time when the series was simple. Charming. Addictive. Deep. Fresh. Innocent. Incredible. This is the story that time, revisited.

The Final Mix is just the right mix of familiarity and freshness; the HD veneer is very well done; the battle system in both the original game and Chain of Memories is charming and unique; the story is sweet, and simple enough to follow for the most part; it's Kingdom Hearts, back when it was incredible

The battle system tends to feel a bit shallow by the end of the first game; the story gets too muddled by the time you get to 358/2 Days; the camera in the first game is awful

Final Verdict:
SUPERB
Kingdom Hearts HD 1.5 ReMIX is the story of a time when the series was simple. Charming. Addictive. Deep. Fresh. Innocent. Incredible. This is the story that time, revisited.
A copy of this game was provided by Developer/Publisher/Distributor/PR Agency for review purposes. Click here to know more about our Reviews Policy.