Kirby and the Forgotten Land Rated by ESRB

Kirby's big 3D adventure, which is currently slated for Spring 2022 on Switch, could be receiving a release date soon. 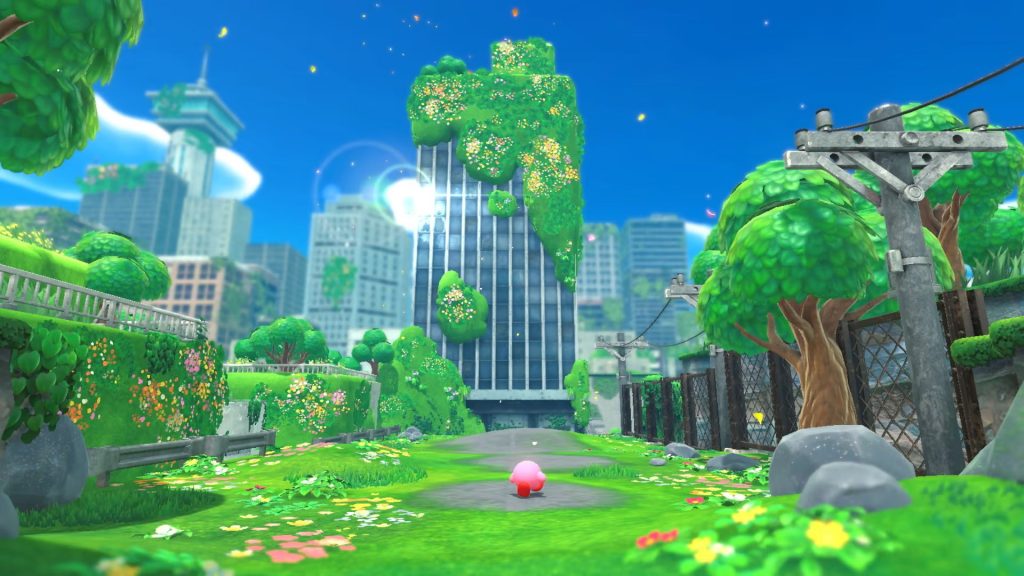 Kirby and the Forgotten Land, the upcoming 3D action adventure title for Nintendo Switch, has been recently rated by the ESRB. This means it could be close to completion and that a release date announcement will be made soon. In terms of details, it doesn’t tell us too much that we don’t already know.

Story-wise, Kirby is on a mission to “save kidnapped creatures from evil forces.” Along with 3D platforming, players will collect coins and solve puzzles. Various foes, including families ones like Cappy, will be encountered along with “giant turtles” (which could perhaps indicate that Sleepy Turtle from Kirby: Planet Robobot is returning).

Along with swords and bombs, Kirby can also utilize “blaster-type pistols” with crosshairs for firing. Though only one relatively straightforward boss battle has been revealed till now, others are described as “frenetic” with all manner of lasers, projectiles and explosions happening. All in all, it sounds like a pretty fun time.

Kirby and the Forgotten Land is slated for Spring 2022 for Nintendo Switch. Stay tuned for more details in the meantime.