The ability allows for forming fists and castles out of sand to attack enemies. The Festival Copy Ability is also confirmed to return. 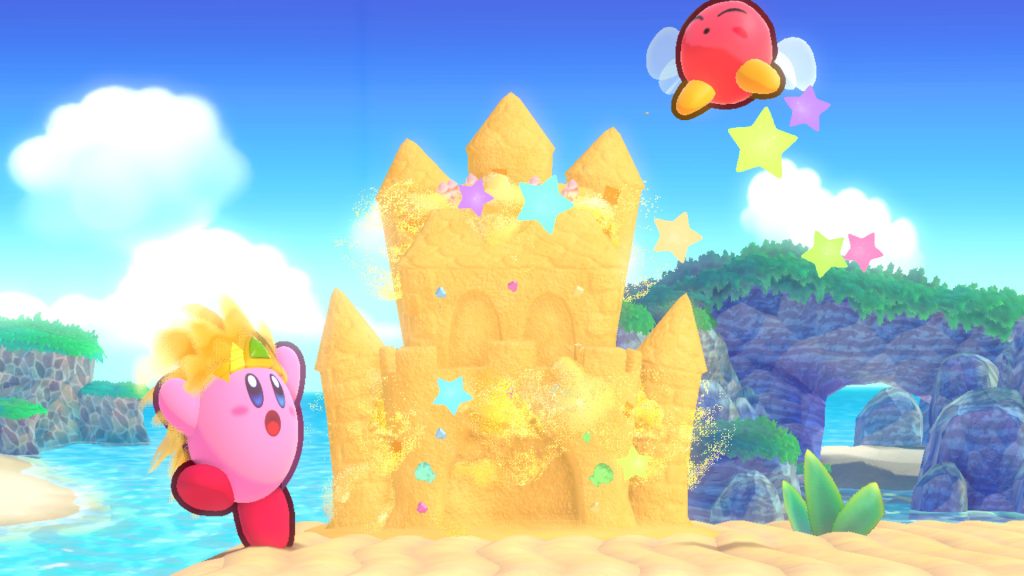 Some new Copy Abilities, like Mecha, have been confirmed. On Twitter, Nintendo UK revealed another new Ability: Sand. It can form different shapes out of sand, like a fist to attack enemies or a sand castle that emerges from the ground. The Festival Copy Ability that debuted in Kirby Star Allies is also returning.

Festival is unique – it can only be used once and gains more power if you have allies nearby. It turns enemies onscreen into items but can damage bosses.

Kirby’s Return to Dream Land Deluxe launches on February 24th for Nintendo Switch. In addition to new Copy Abilities, there will also be new mini-games. Stay tuned for more details in the coming weeks.

#KirbysReturnToDreamLandDeluxe arrives on 24/02, and with it comes a new Copy Ability – Sand! Use it to shift sand into a variety of shapes, from a fist to a castle, and take on even the toughest foes. pic.twitter.com/ovRKImK4gW