What, you didn't think they were serious about selling MGS watches? Ha! 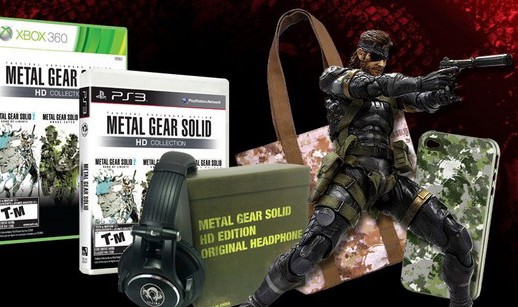 Every one else has a digital store now, so it only makes sense that Konami, publishers of the vaunted Metal Gear Solid franchise would want. Just that in the wake of their recent MGS 25th Anniversary event, the purpose of this story is kind of sad.

The Konami online store, known as Konami Style, lets people purchase the plethora of merchandise announced at the anniversary meet, but also allows consumers to purchase software for franchises other than MGS. Even better, they’ll be including exclusively imported merchandise from Japan.

But that’s only the half of it. Konami will also offer it’s limited edition MGS bundle pack, with more than 20% off the original retail price. This includes

Check out the shop in all it’s snazzy glory here.