A fair bit of in-game footage is shown off, while some story details are also revealed. 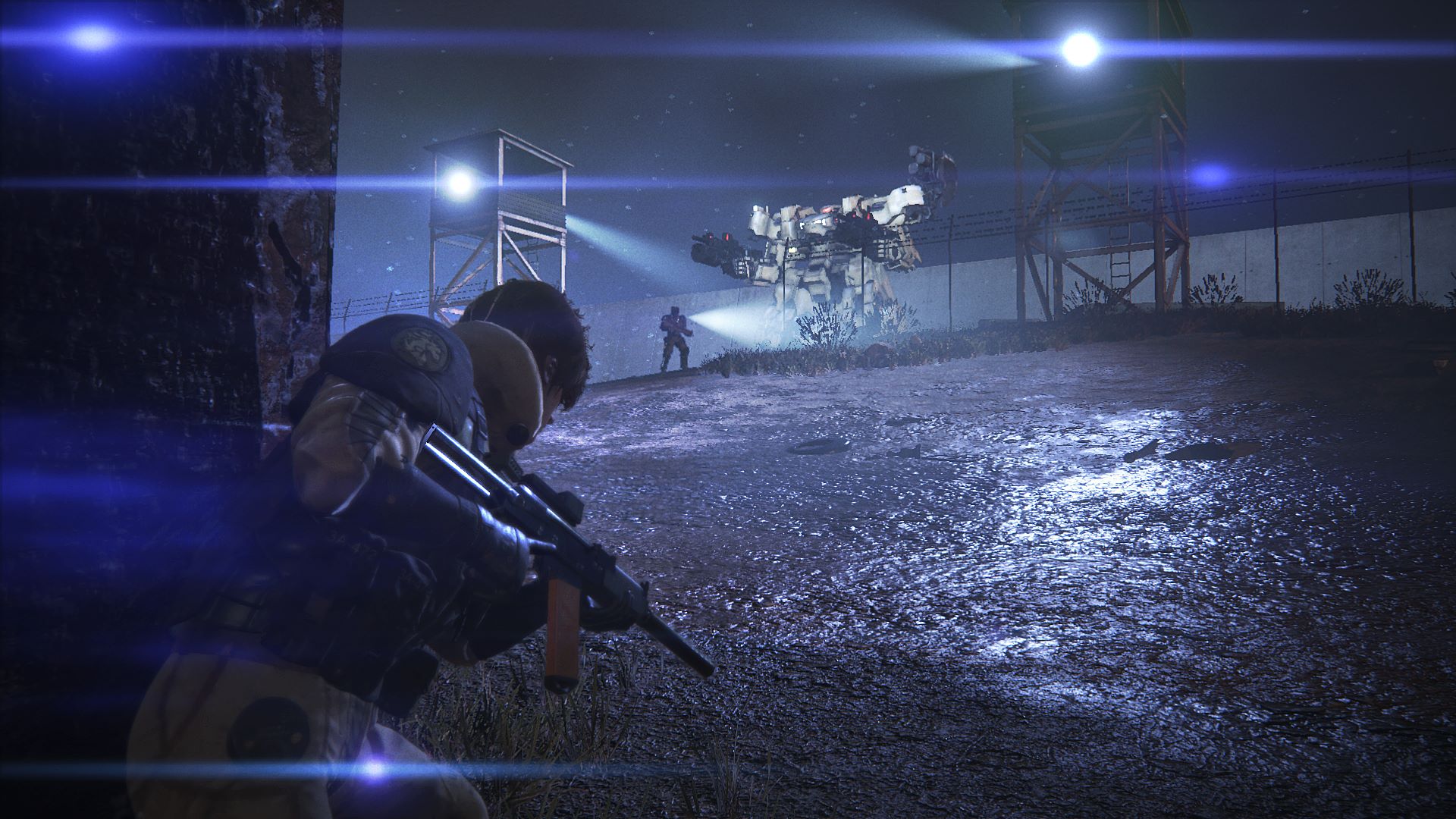 Square Enix has released a new trailer for its upcoming third person shooter, Left Alive, choosing to focus this time on some of the game’s narrative elements, with emphasis being on introducing and detailing some of the characters who’ll be the main players in the title’s story.

From the protagonists to the bad guys to others whose allegiances don’t seem all that clear right now, a fair number of characters are shown in the trailer. Some glimpses of gameplay footage are shown as well, which portray some of the cover mechanics in the game, some shooting action, as well as one scene of the player throwing a projectile that does a scan of the entire room and everything in it.

The game’s art style is looking like quite reminiscent of Metal Gear Solid- which is no accident, since Yoji Shinkawa, the art director of the Metal Gear games, is working on Left Alive as well. Take a look at the video below.

Left Alive will feature elements of player choice, and the game’s ending will change depending on choices made through the story. Recently, details on several aspects of the game, including stealth, crafting, and combat, were revealed. Read more on that through here. Left Alive launches on March 5, 2019 for the PS4 and PC.