Developed by a separate team, more information will be coming in 2018. 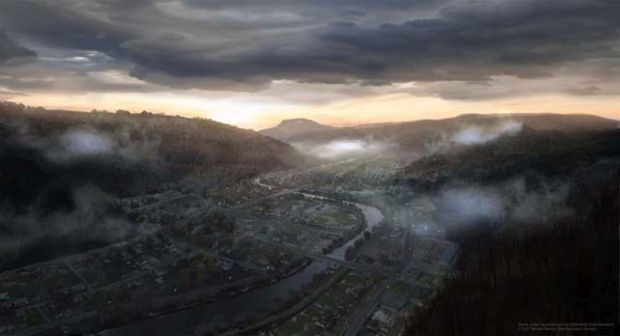 Dontnod Entertainment, which developed Life is Strange and is currently working on the sequel along with action RPG Vampyr, has a new game in the works. It recently announced that it’s partnering with Bandai Namco for a new IP that will be a narrative adventure. The game itself has been in production since 2016 and sees the player conducting an investigation inside of a fictional US city.

Interestingly, more information – like the title, its platforms and when it will release – shall come in 2018. This makes us believe that the game will release even later. And for those worried that Dontnod is stretched too thin, it’s already been confirmed that the new IP will be developed by a different team with senior developers.

Speaking to MCV, Bandai Namco marketing VP Hervé Hoerdt spoke said that, “We want [new IPs] to make up 50 per cent of our business, and we’re achieving this by developing long-term partnerships with a few studios. The first visible part of this was Little Nightmares, and we’ve been extremely happy [with it], but this is only the start of something. We also recently released Get Even, and now we’re very happy to partner with Dontnod.

“Dontnod was a kind of rough diamond – very much a rising star, I would say – and with the success of Life is Strange, it’s the first big player in terms of quality business model, vision, and we think that’s a good strategy that fits. It was the right moment, so we decided to partner [with them].”

On another Life is Strange-related note, Deck Nine Games has released a launch trailer for the prequel Life is Strange: Before The Storm. The first episode of three will be out on August 31st for Xbox One, PS4 and PC.