On the left side of the picture, we have Wrex from the original Mass Effect who sports a full armor set including glove and helmet. Commander Shepard gets the full treatments as well with the skin, N7 helmet, gauntlets and armor. Liara also has a skin along with the gloves and a head piece. Last but not least, Garrus will be featuring his own skin, chest armor, eye piece, head piece and gloves. 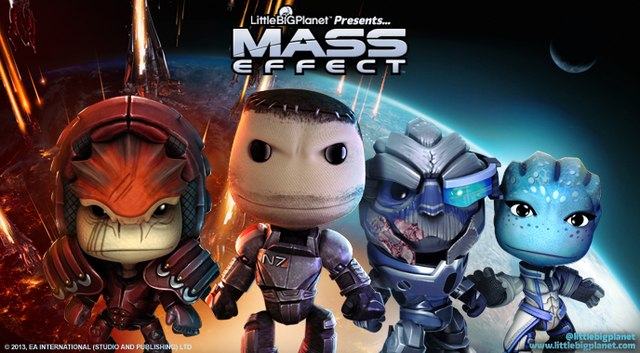 This piece of content also comes with a decent amount of Mass Effect in-game stickers.

Also as a reminder to everyone who’s wondering about what’s going on next for the franchise. It has been rumored for a while now that Sumo Digital is hard at work on LittleBigPlanet 3. There is a decent chance that we might be seeing the next entry in the series during Sony’s E3 2013 Press Conference on June 10th.

Let us know if you’re excited for this downloadable content for LittleBigPlanet and if you will be buying it in the comments below.

Check back on GamingBolt for more LittleBigPlanet news.