Mad Max Announced by Avalanche Studios: Conquer the Wasteland on Both Current and Next Gen

Avalanche Studios and Warner Bros. Interactive Entertainment announced Mad Max for the Xbox 360, PC, Xbox One, PS4 and PS3 at Sony’s E3 press conference today. Described as a “new” open world third person action adventure where players don the pivotal role of Mad Max in an apocalyptic wasteland, one will need to scavenge for supplies to build the ultimate death machine and combat the savages of the land.

Check out the announcement trailer above for the game’s looks and tone.

Co-founder and Chief Creative Officer Christofer Sundberg stated that, “Over a decade of creating open world experiences has led us to this point. The Wasteland lends itself incredibly well to the high level of player freedom with which Avalanche Studios has become synonymous. This unforgiving environment inspired us to create a gritty and diverse experience where driving, fighting and scavenging are essential for survival.”

Mad Max is currently scheduled to be released in 2014. 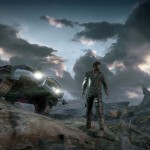 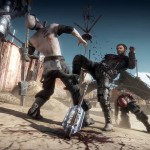 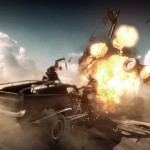