Mad Max Releasing on September 1st for Xbox One, PS4 and PC 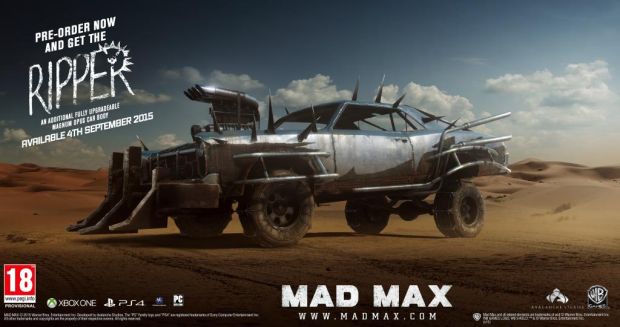 Avalanche Studios’ post-apocalyptic open world car combat title Mad Max finally has a release date. Appearing as the cover story for Game Informer’s April issue, Mad Max will be out on September 1st for Xbox One, PS4 and PC in North America. The UK will receive it on September 4th. A pre-order bonus was also revealed, netting players the Ripper vehicle.

Interestingly enough, the PS3 and Xbox 360 versions of the game have been cancelled. This isn’t the first high profile AAA title to announce the same – Dying Light’s Xbox 360 and PS3 versions were also cancelled due to limitations of the hardware – and further signals the shift by developers into the current generation of hardware.

Mad Max was announced at E3 2013 and was expected to release last year. It was subsequently delayed to 2015 – which the cancellation of previous gen versions may account for – and things are seemingly on track. Stay tuned for more information.