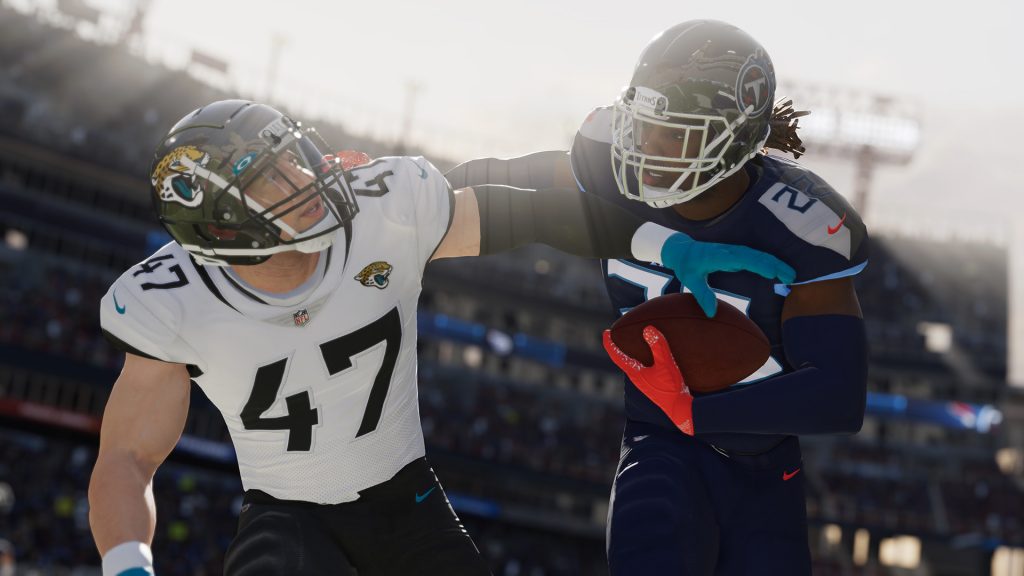 Much like the dominance of the Nintendo Switch and PS5 in the United States, EA’s Madden NFL series continues to set records. Madden NFL 22 launched in August and as per The NPD Group’s data (via ResetEra), it was the best-selling title for the month and the fourth best-selling game year-to-date. This also marks the 22nd consecutive year that a Madden NFL title has topped the sales charts in its debut month.

Thanks to the launch of its Director’s Cut on PS4 and PS5, Ghost of Tsushima became the second best-selling title in August. Considering it was at 110th place in July, this is a pretty big uptick. Amplitude Studios’ Humankind also did very well, ranking fourth in the overall best-selling titles for the month and first among the tracked PC titles. Year-to-date, it’s currently the fifth best-selling PC title of 2021.

Check out the full top 20 best-selling games in the United States for August below. September’s sales should be interesting following the release of NBA 2K22, Deathloop and Tales of Arise so stay tuned. 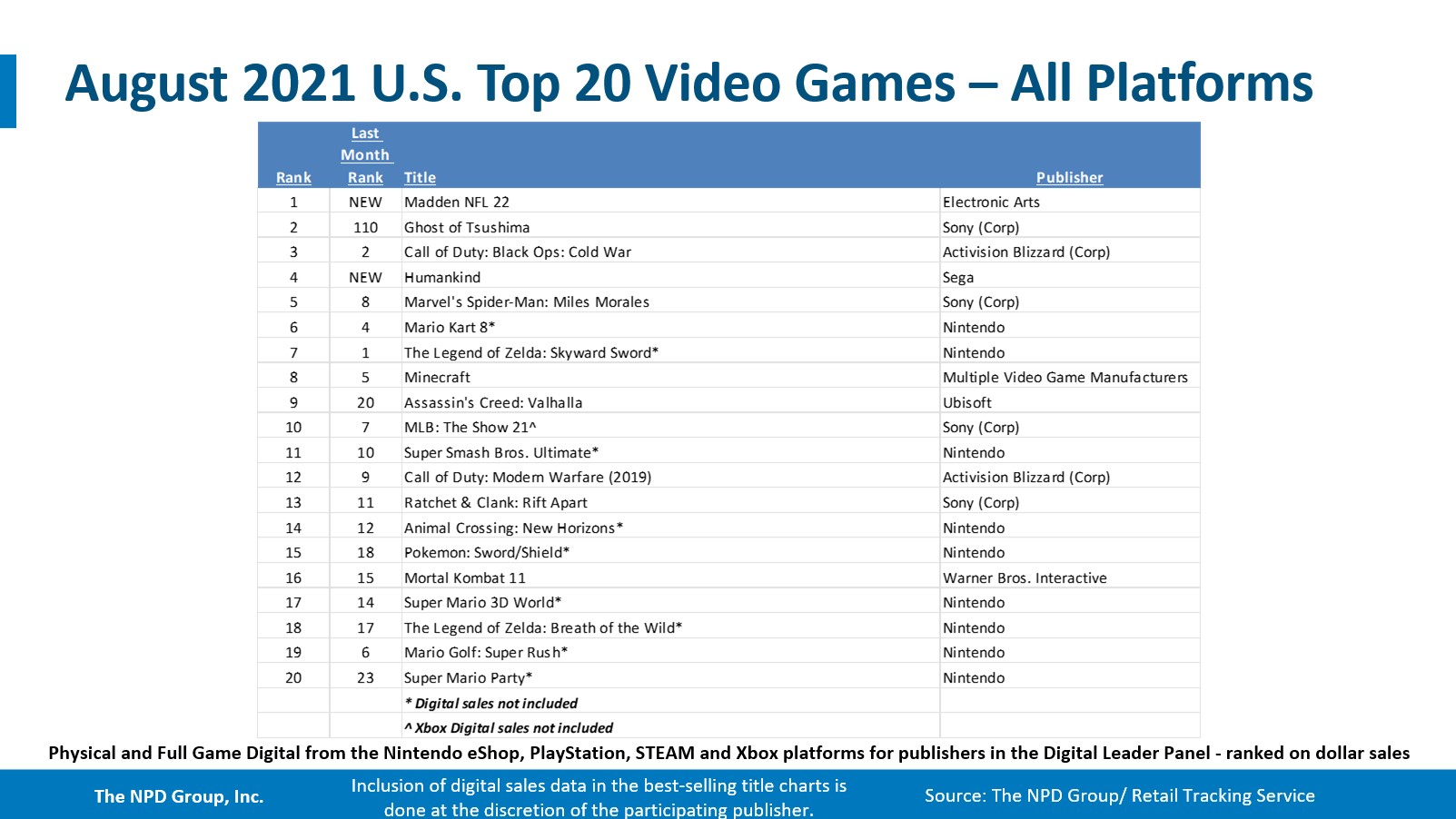