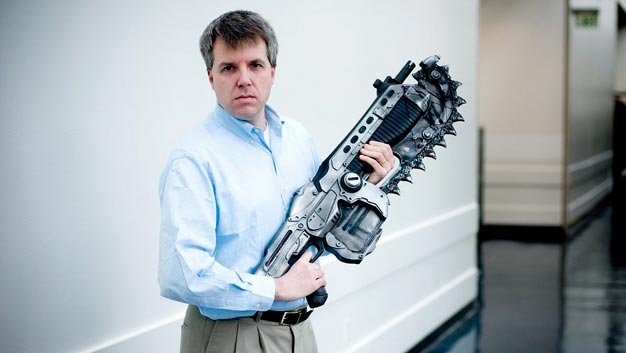 A Reddit user recently got in touch with Larry “Major Nelson” Hyrb, the community manager for Xbox, and obtained a wealth of information regarding the Xbox One. Despite the official Redditor’s E3 interview, which confirms a few of the details, there’s a ton of other stuff here to take into account. Take it all with a grain of salt as usual, but considering the user’s credibility (most likely a journalist, since he went to E3 and by judging by his profile here), it’s hard to discredit.

Regarding the current opinion of the Xbox One, don’t count on Microsoft changing their DRM strategy any time soon. In fact, they’ll be working to “educate” gamers about the benefits of their policies

It’s also revealed that the 24 hour check-in is a means to update your library, for when you lend games to friends. Which is funny because the with game trades limited, why would it need updating every 24 hours? No good answers there and no clear understanding as to why it inconveniences consumers.

And say goodbye to leaks, since Microsoft is also working on a system where games can only be activated on release, no matter when you buy them.

It also looks at the PS4 as “Xbox 360 version 2” due to the lack of social and multi-tasking features. The company doesn’t even see Sony as a threat. Even better, it believes that the PS4’s graphics RAM will run hotter, besides not being as optimized as the Xbox One. Thus leading to both being evenly matched or, believe it or not, the Xbox One performing ahead.

The good news is that the company sees Don Mattrick as some one who is making them look worse, and is working to muffle him.

As for military personnel playing consoles: the defense given is that PS3/PS4 won’t be allowed on DoD networks. So the whole issue of military members switching to the PlayStation while on deployment is a non-issue. Scroll down in the comments on that thread, and you’ll find military personnel who agree – but state that they can still play offline. Also, how would that inspired a switch to the Xbox One, since it needs to be online?

Nelson also talked about changing the messaging and marketing campaigns to support those whose friends would be jumping to PSN. He said they understood that and were going to be working to actively change the messaging and marketing campaigns. Hilariously, they don’t feel that pre-orders will determine the console war until both consoles are released.

He also pointed out that unlike the free games you get on PSN, the two free games per month on XBL are yours forever. Whereas if you cancel your PS Plus subscription, you would lose those games.

As for whether the check-in period would be removed if the user had the physical disc, Nelson stated he’d get back to us on that. Thoughts?