Make Fallout 4 More Like Fallout: New Vegas With This Mod

Look, I’m sorry, I know it has its fans, but Fallout 4 is not a good game- it’s an average game, at best, and it’s rife with some baffling design decisions, products of a misguided emphasis on streamlining that take away any semblance of nuance or depth the game should have had, and replace it with brain dead systems in their wake. The game’s dialog system is the perfect example of this, as is the leveling system, which places emphasis on a shallow, perks driven progression tree.

The frustrating thing is, it doesn’t have to be this way- previous games in the series did this sort of thing just fine, and there was no reason for Fallout 4 to go off the, er, shallow end. Thankfully, mods exist- we already have several ones out there that work on fixing the game’s dialog wheel, and now, there’s one that basically tries to bring a sort of Fallout: New Vegas-esque sensibility to its leveling system as well.

The Traits and More mod from Cirosan (who incidentally also made the dialog wheel mod for the game) adds a number of traits to Fallout 4. “Essentially, Traits are something that add both a valuable advantage AND a great disadvantage to your character, making them even more unique,” he says, talking about the mod. “They’re unlike Perks, because Perks can only help your character and are always something good, whereas Traits contain something good AND something bad.

“Whether a Trait is worth the trade-off is up to your own judgement and playstyle, but experimenting with new Traits can reinvigorate an existing playthrough or add a lot of variety to a second playthrough.”

Since he can’t go around messing with Fallout 4’s upgrade tree, he’s made traits craftable items at chemistry workbenches throughout the Commonwealth. It’s a bit more contrived than it would be in New Vegas, but the end result is, you get a far more customized character than you would otherwise. 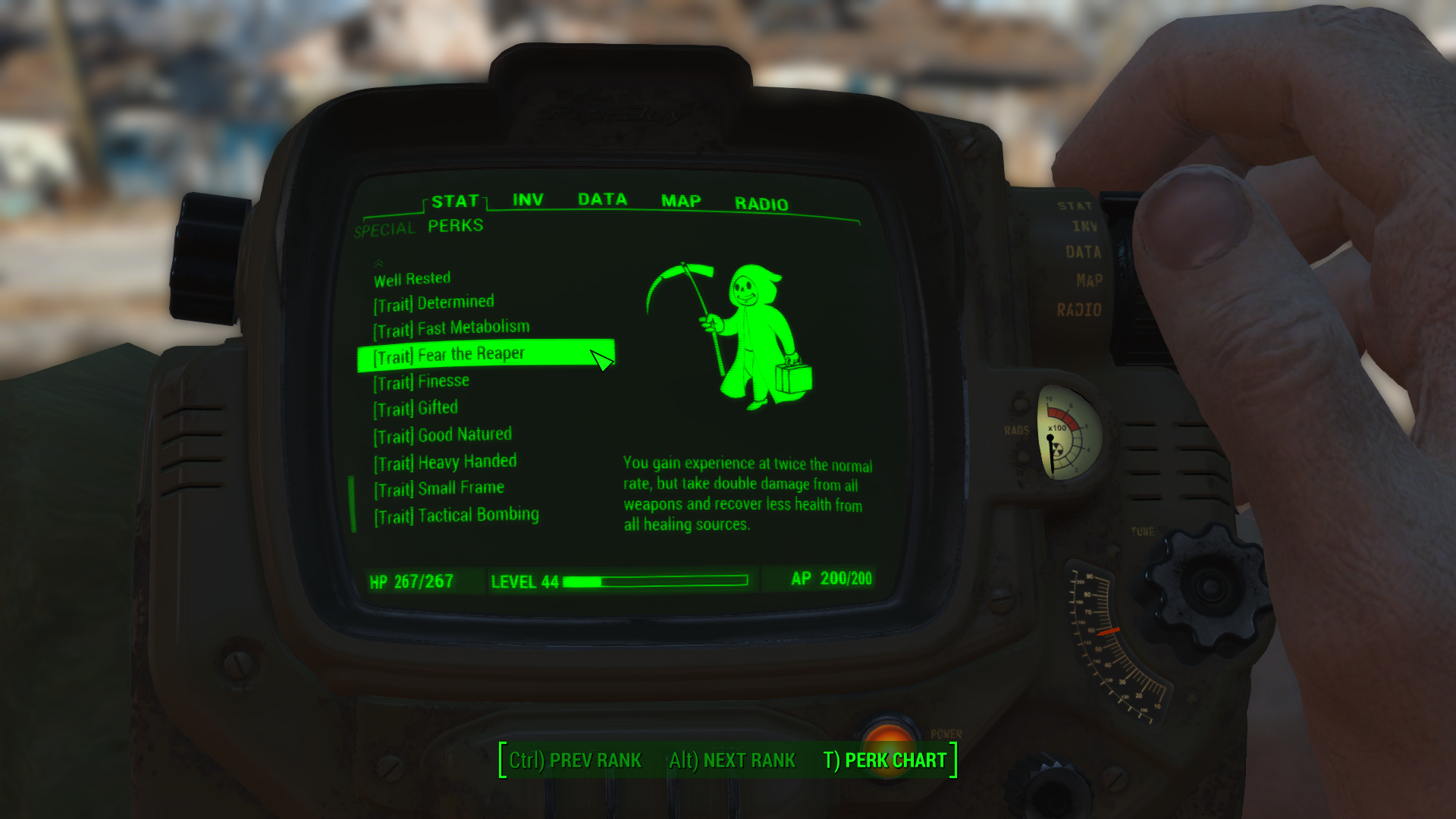 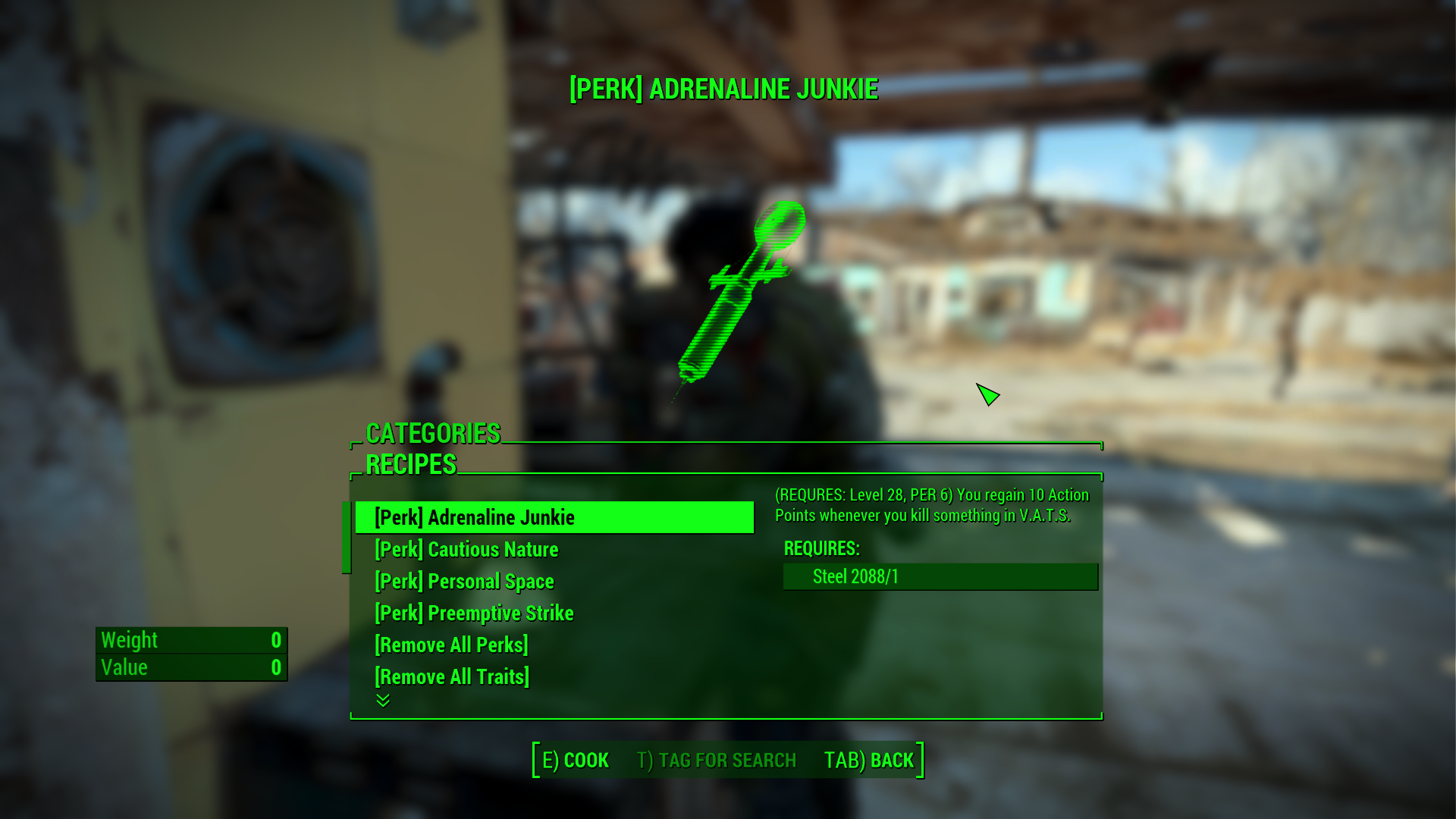 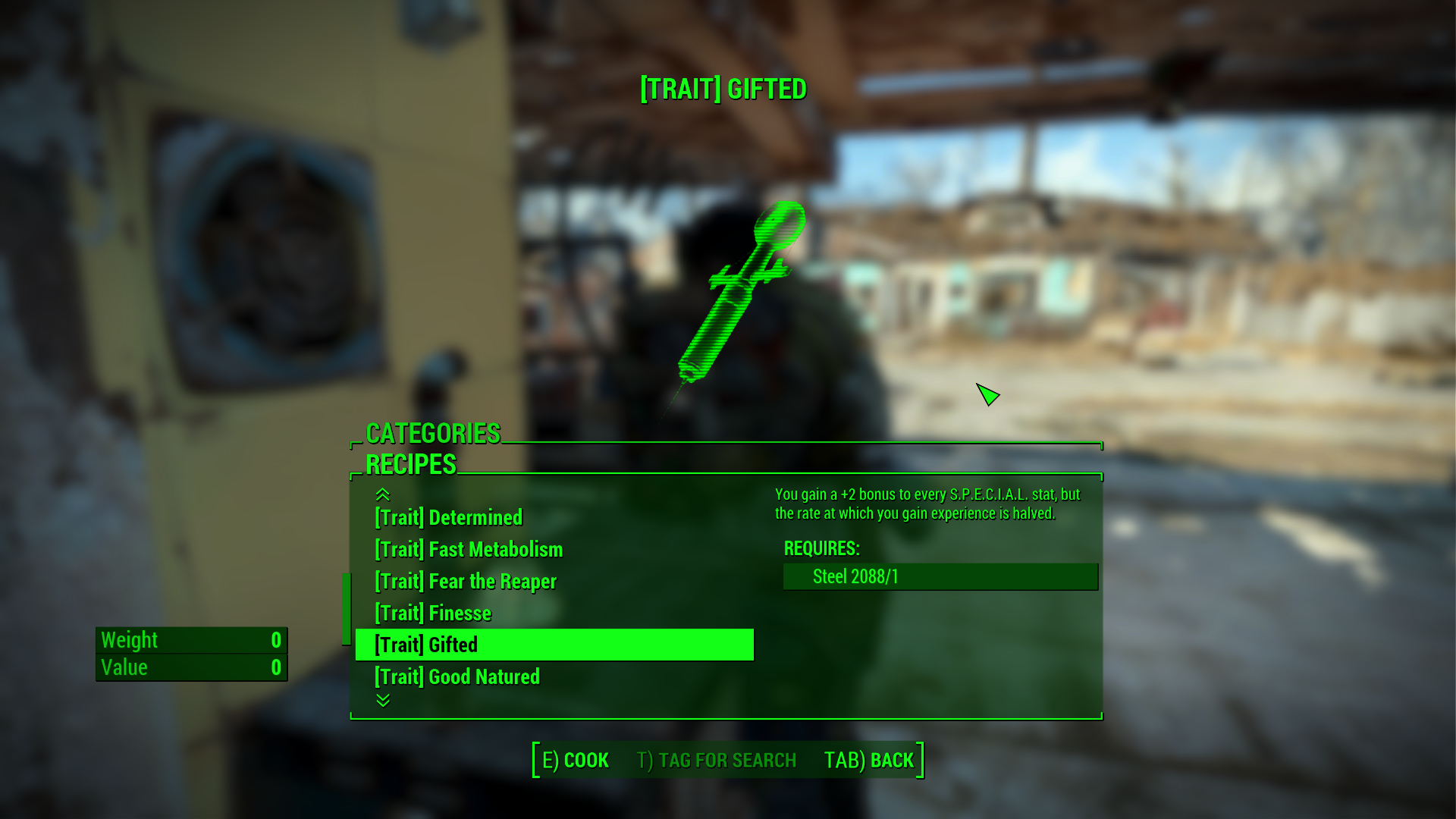