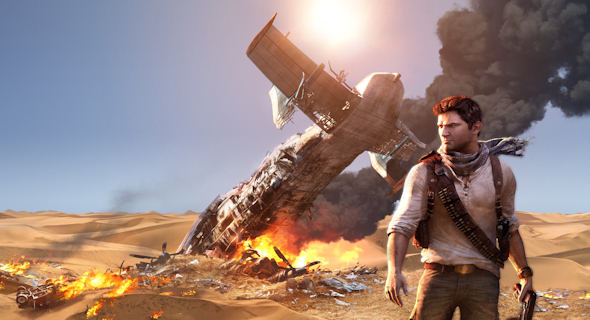 In the recently released Behind The Scenes video of Uncharted 3: Drake’s Deception, the development team at Naughty Dog confessed that it was under “crushing pressure” while developing Uncharted 3.

Naughty Dog’s cinematics animation lead, Josh Scherr said: “There’s a lot more pressure now on us than I think there ever has been,” he said. “We want to meet and beat peoples’ expectations but frankly we’re just putting a lot of our own pressure on ourselves to do a better game than we did last time.”

Creative director Amy Hennig too feels making a game that can top their previous creation is a lot of pressure to handle. “Making Uncharted 3 there’s a ton of pressure – it’s a crushing amount of pressure to be honest,” she said. “Some of it’s self-imposed and some of it’s naturally imposed by the circumstances when you know you’ve got a big fanbase out there that’s waiting for any scrap of information and can’t wait for the next game.

“I’ll tell you, there’s something to be said for being under the radar and being the dark horse that nobody’s heard of yet.”

Co-president Christophe Balestra, however, feels that pressure from the inside, rather than the outside, is a much more terrifying thing. “Pressure from the outside compared to what we have inside… piece of cake. It’s nothing,” she says.