The kart racing series speeds to an excellent mobile debut. Mario Kart Tour released worldwide yesterday for iOS and Android mobile devices, and it became clear pretty early on that the game’s enjoying a solid debut. Now, more data has emerged on the game’s launch day performance, courtesy of Sensor Tower, and it shows figures that Nintendo are sure to be extremely happy with.

Sensor Tower also reports that in terms of player spending in-game, Mario Kart Tour has accrued roughly $1 million in revenue on its launch day, which puts it behind Fire Emblem Heroes (which gathered $4.3 million in revenue at launch) and Super Mario Run in terms of launch day revenue performances. Mario Kart Tour also has a battle pass-style Gold Pass system, which costs $4.99 per month, but since the first two weeks are being offered for free, the game hasn’t recorded any revenue through this avenue yet.

Mario Kart Tour is available now for all iOS and Android devices. The game is in line to receive a multiplayer mode in a future version update. 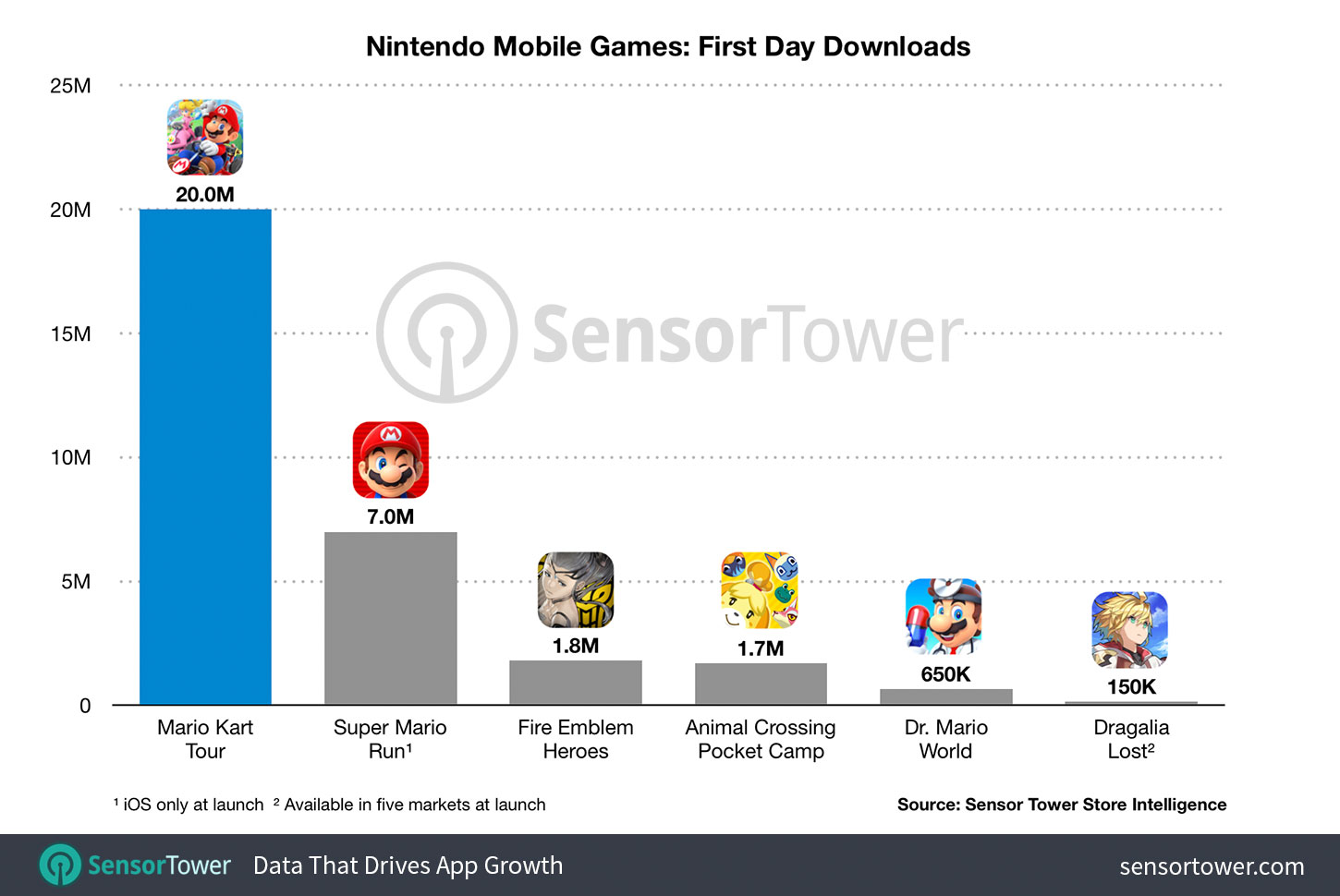