Learn more about combining each hero's abilities to succeed in combat en route to the game's launch on October 20th for Nintendo Switch. 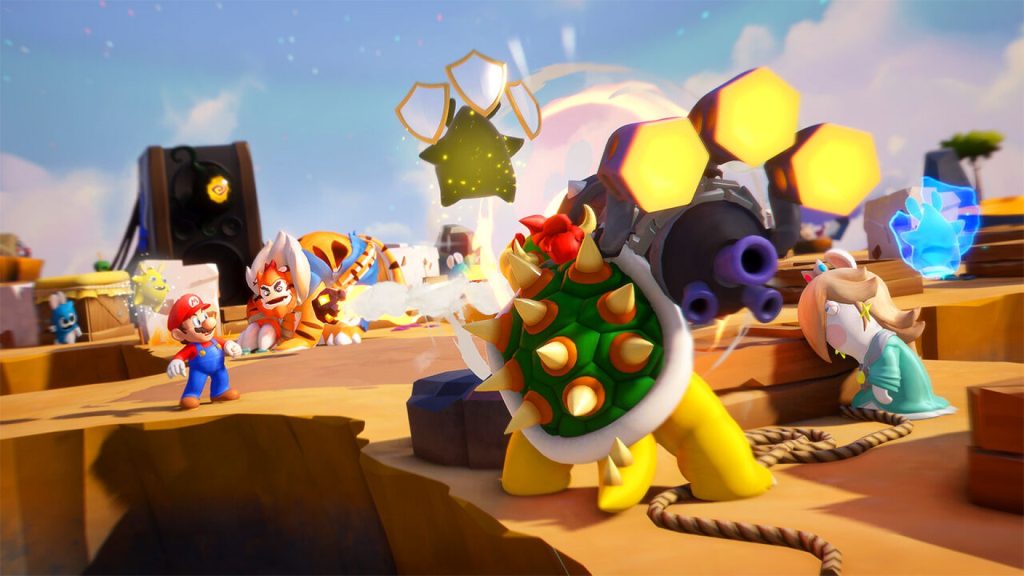 Following new impressions and gameplay from various outlets, Ubisoft has released a new gameplay trailer for Mario + Rabbids Sparks of Hope. It discusses what’s new with the strategy RPG, which does away with the grid in combat and offers more expansive exploration.

As players venture to different planets with Mario, Peach, Luigi, and the Rabbids, they’ll encounter new challenges and heroes like Rabbid Rosalina and Edge. Using each hero’s unique abilities is important for succeeding in battle. For instance, Steely Stare and Hero Sight function like XCOM’s Overwatch, firing on the first e enemy that enters your line of sight.

Rabbid Peach and Edge can also attack around cover, great for finishing off enemies. Rabbid Mario is a strong melee fighter with devastating counter-punches. Even better, upon leveling up, he gains more distance on his punches. As for Peach, she can provide damage immunity to allies, which is useful in avoiding damage spikes or going aggressive on enemies.

Players can respec abilities and change their team at any time. Each hero also has a skill tree to upgrade for more health, critical hit damage, and so on. As for the Sparks, which provide elemental damage and resistances to each character, they’re leveled by feeding them Star Bits earned from defeated enemies.

Along with encountering enemies on the field, players can also challenge them in Darkmess, which appears like pools of tar throughout an area. Since battlefield layouts are separate from the world, they’re now more imaginative and can be reshuffled to offer different enemies, obstacles and hazards.

Mario + Rabbids Kingdom Battle is out on October 20th for Nintendo Switch.