Both Square Enix and Crystal Dynamics have spoken about supporting Marvel’s Avengers with ample post-launch content so far, and while that hasn’t exactly been the case up until now, it does seem like the developers have plans for things to come in the next few months. A 2021 content roadmap has been revealed and briefly detailed for Marvel’s Avengers, and it encapsulates quite a bit.

The update that launched for the game today has brought with it the Hawkeye DLC, next-gen versions, customizable H.A.R.M. Rooms, a campaign replay option, and rebalanced progression. Spring will see the arrival of the Tachyon Anomaly event, scaled for characters of Power Levels between 1-100. This will also add the ability for multiple players in a group to play as the same character, which is something players have been asking for since even before the game launched. It will be followed by the Red Room Takeover drop, which will include new outfits and new H.A.R.M. Room content.

Meanwhile, in the Summer, there will be new War Zone missions, Villain Sectors, and Assignments. The biggest content drop coming later this year is the recently announced Black Panther expansion, which, in addition to the her himself, will also add new outfits, increase the Power Level cap, add new villains (including Klaw), new enemies, a new biome (in Wakanda, of course), and more. 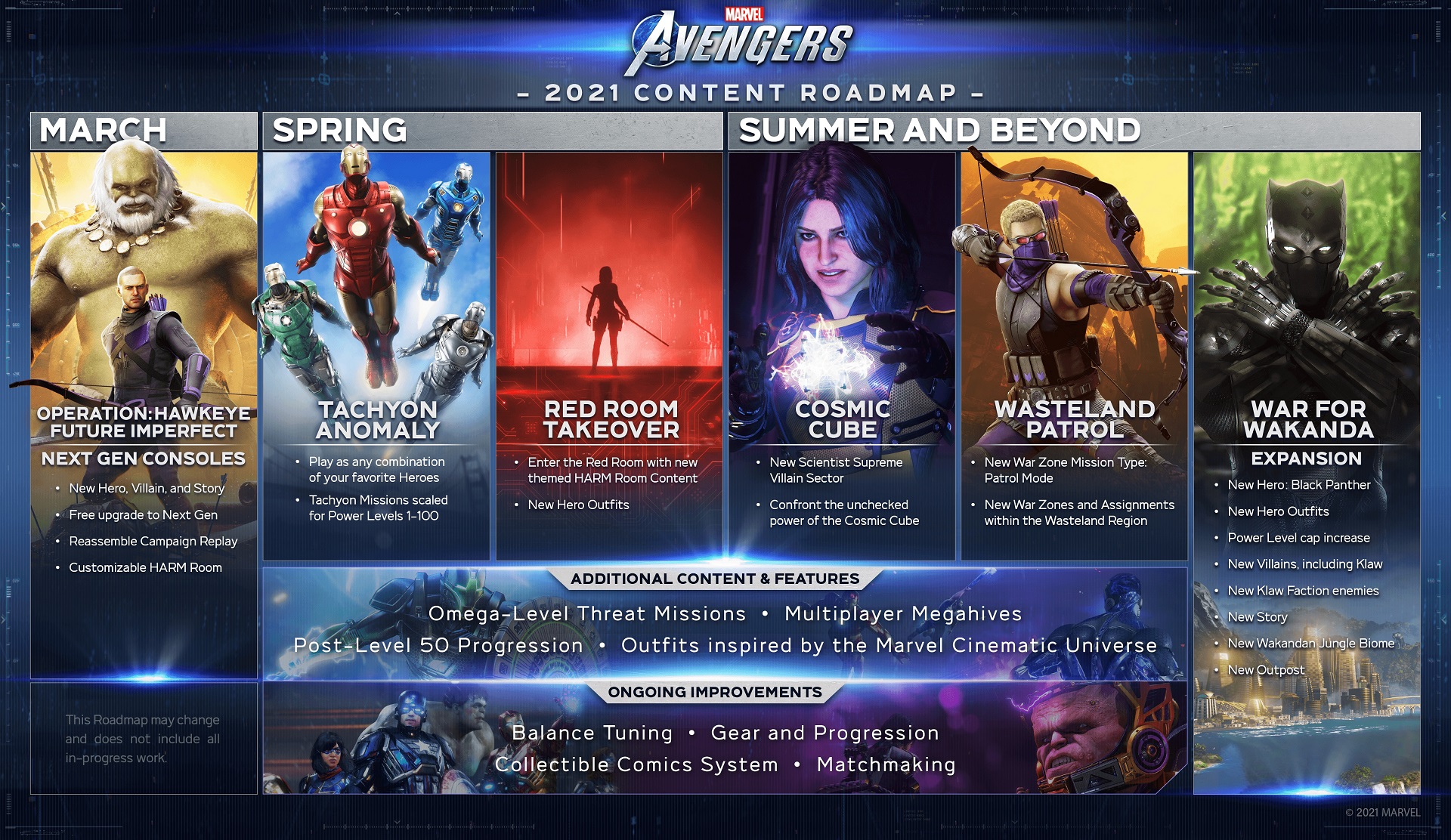