A new update for Marvel's Avengers has fixed a nasty Black Panther exploit and removed the Denuvo DRM from the game's PC release. 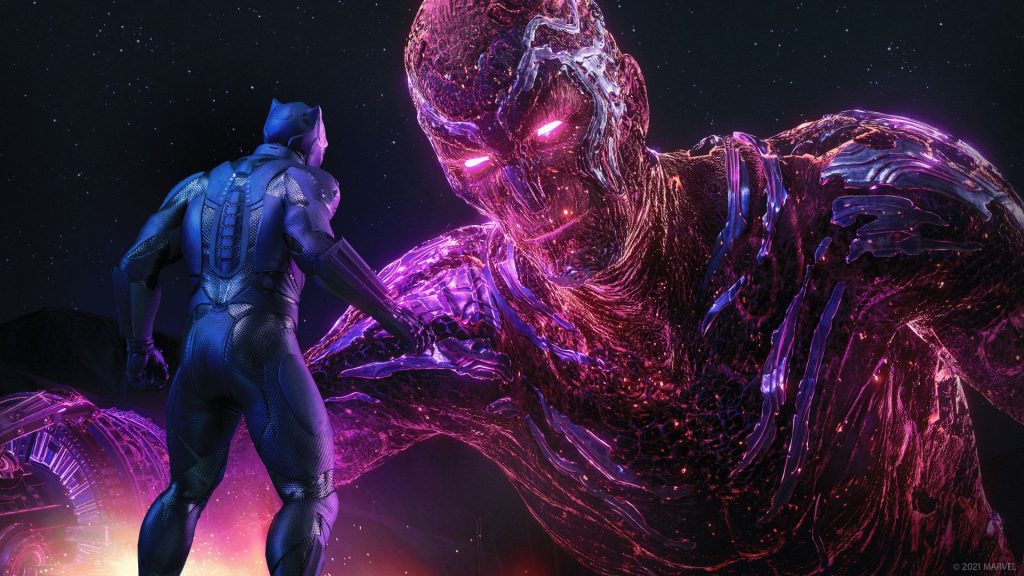 A new update for Marvel’s Avengers fixes a glaring issue with the game as well as gets rid of Denuvo DRM protection on the PC. This Update 2.02 fixes a bug in Black Panther which buffs up damage to ridiculously high levels while wearing a certain outfit among other minor fixes which you can check out below.

Players dawning Black Panther’s Nehanda costume would obtain a damage buff that could scale to such an extent where players could essentially knock down multiplayer bosses solo within seconds. Of course, that’s now been patched – and Crystal Dynamics has also removed Denuvo DRM protection from the game’s PC release.

Denuvo is known to cause some serious performance issues on games, and a recent analysis of Resident Evil Village‘s cracked version sparked a big controversy surrounding the matter – which Capcom responded to with a quick patch. Marvel’s Avengers reached its version 2.0 release with the War for Wakanda expansion, for which you can read our review through here.