Square Enix has a new gameplay trailer out for Marvel’s Avengers, which was slated to release in May but experienced a delay. The trailer showcases the various powers each Avenger can use and does a good job highlighting the different play-styles. Check it out below.

As for Earth’s Mightiest Edition, it comes with plenty of physical goodies:

Those who pre-order the Standard Edition will also receive guaranteed beta access along with the Marvel Legacy Outfit pack. The latter consists of classic outfits for each Avenger inspired by their respective hero-defining moments. You also get a nameplate.

PS4 players who pre-order via the PlayStation Store get a more though. Along with a “Talk to the Hand” emote for Ms. Marvel and a dynamic theme. The Digital Edition provides 1,000 Credits for customization, 72 hours early access to the full game and first access to the beta over other platforms.

Marvel’s Avengers is out on September 4th for Xbox One, PS4, PC and Google Stadia. 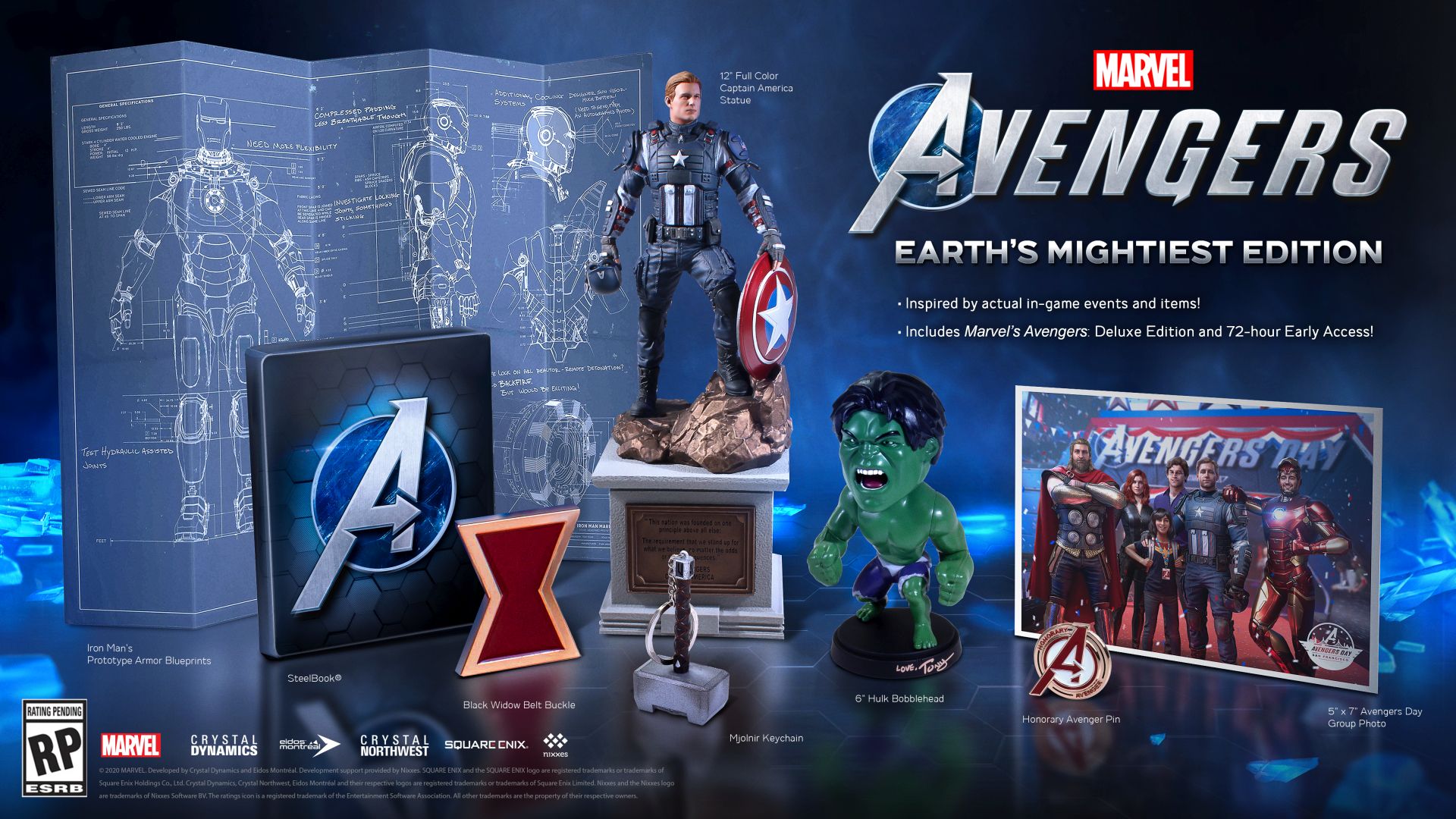