Star-Lord and the Guardians engage in a tense conversation with the telepathic dog, and also play a little bit of fetch. 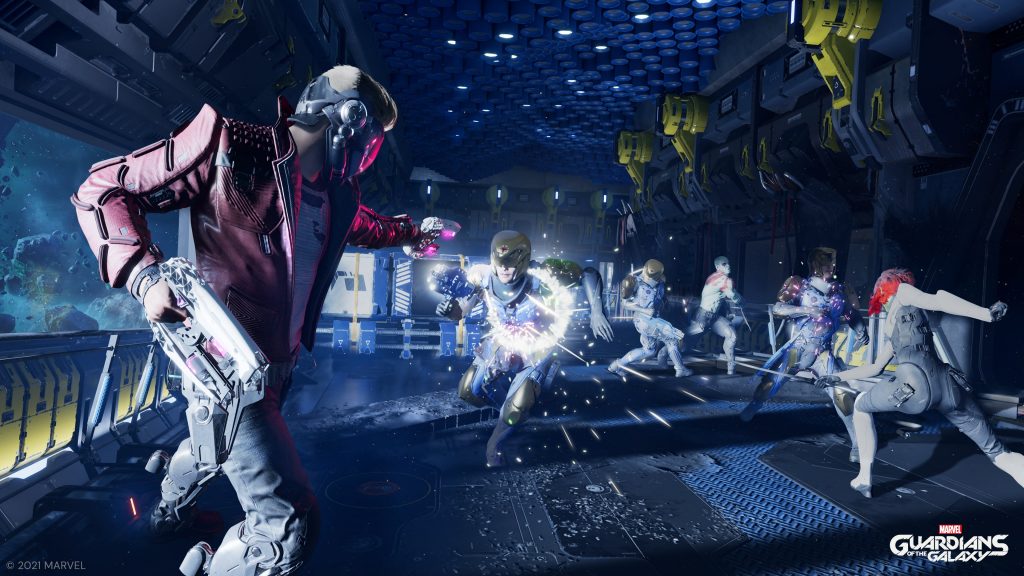 Humour is a crucial part of Guardians of the Galaxy, whether it’s the comics you’re talking about or the films, so it goes without saying that that’s an area where the upcoming game will have to excel as well. Square Enix and developer Eidos Montreal have been showing bits and pieces of the game and throwing the spotlight on various characters, and their latest character spotlight, focusing on Cosmo the telepathic space dog, does look encouraging as far as the humour and writing are concerned.

The clip, shared via the game’s official page, shows Star-Lord and the rest of the Guardians conversing with the Soviet canine in a tense conversation with some interesting back and forth, ending with Cosmo attempting to play a little bit of fetch, which culminates in a snarling match between him and Rocket. It’s all appropriately bizarre. Check it out below.

Marvel’s Guardians of the Galaxy will launch on October 27 for PS5, Xbox Series X/S, PS4, Xbox One, PC, and as a cloud-exclusive release for the Nintendo Switch.

Watch the Guardians catch up with Cosmo in our new #GOTGgame cinematic! pic.twitter.com/E9DFoMj3SP