The four DLC packs will also include Storm, Venom, and Morbius as new playable characters. There will also be new enemies and missions. 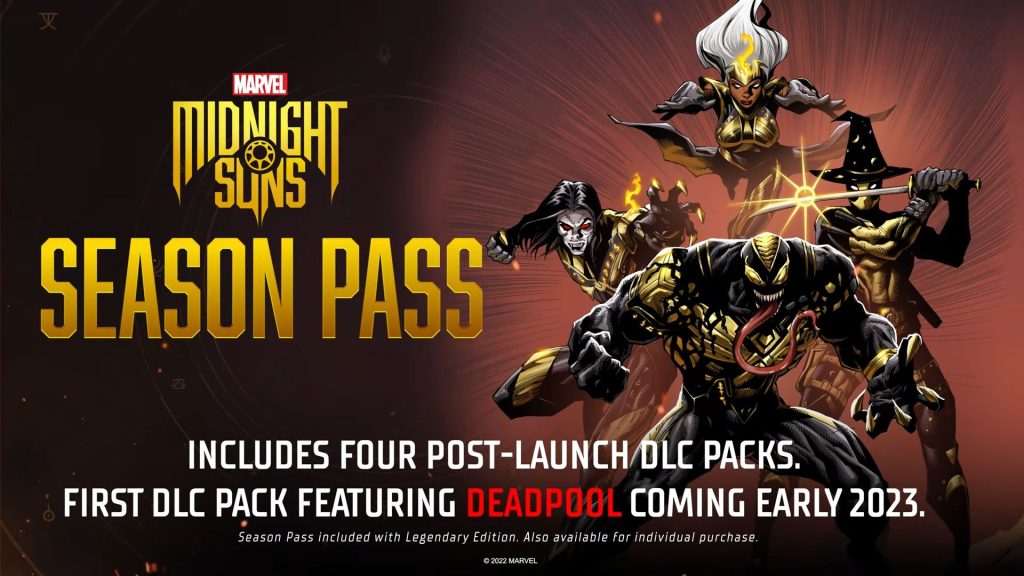 Following numerous “leaks” from Deadpool, Firaxis has finally released a trailer for the Season Pass of Marvel’s Midnight Suns. It’s confirmed to feature four new heroes – Storm, Venom, Morbius, and Deadpool. Deadpool will be the first DLC character, arriving in early 2023. Check out the reveal trailer below.

Each DLC pack also adds new missions and enemies for players to battle, along with a unique story for each hero that can seemingly be attempted at any point during the campaign. At launch, Season Pass holders receive 23 Premium Skins for customizing the team’s looks.

The Season Pass and DLC are only purchasable with the $99.99 Legendary Edition. Perhaps they’ll be made available separately later. Marvel’s Midnight Suns is out on December 2nd for Xbox Series X/S, PS5 and PC. The Xbox One, PS4, and Nintendo Switch versions will arrive later. Stay tuned for more details on the DLC and Deadpool’s abilities and cards in the coming months.