Illyana Rasputin can send enemies through portals, gather them together in one spot, and even banish friends or foes for a turn. 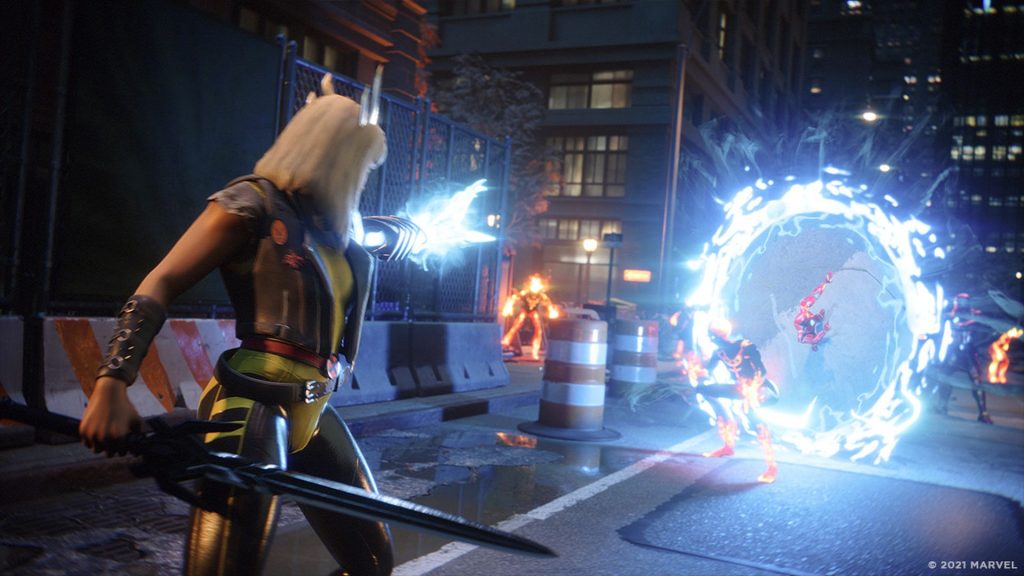 After featuring Illyana Rasputin aka Magik in its latest Hero Spotlight trailer for Marvel’s Midnight Suns, Firaxis has released her gameplay showcase. Magik is skilled at placing portals on the map and can knock enemies into them. This can redirect them into explosives and other environmental objects or each other.

Some of her cards include Gather, which groups enemies into an area’s center, dealing damage to each one. On upgrading, Gather’s area of effect increases, and a late-game mod has a 50 percent chance to apply 1 Marked to each affected enemy. Limbo’s Grasp lasts the entire mission and causes enemies knocked through a portal to take extra damage. Upgrading it allows for creating a portal when used, while a late game mode grants extra redraws.

Magik’s passive Relay has a chance to generate a Limbo Portal card after an enemy goes through a portal. Banish, a Heroic Card allows for creating Drops, where enemies sent through them have a chance of being KO’d. You can also Banish enemies for a turn to take them out of the fight. It can also be used on allies with an upgrade.

Finally, her Heroic Ability is Darkchylde, which makes Magik invulnerable for a turn and taunts every enemy on the map. When upgraded, it grants counters for a turn. It also seems that Magik can summon other heroes that aren’t part of the squad and play some of their cards.

Marvel’s Midnight Suns is out on December 2nd for Xbox Series X/S, PS5, and PC. It arrives later for Xbox One, PS4, and Nintendo Switch. Stay tuned for more details on the next hero in the coming weeks.