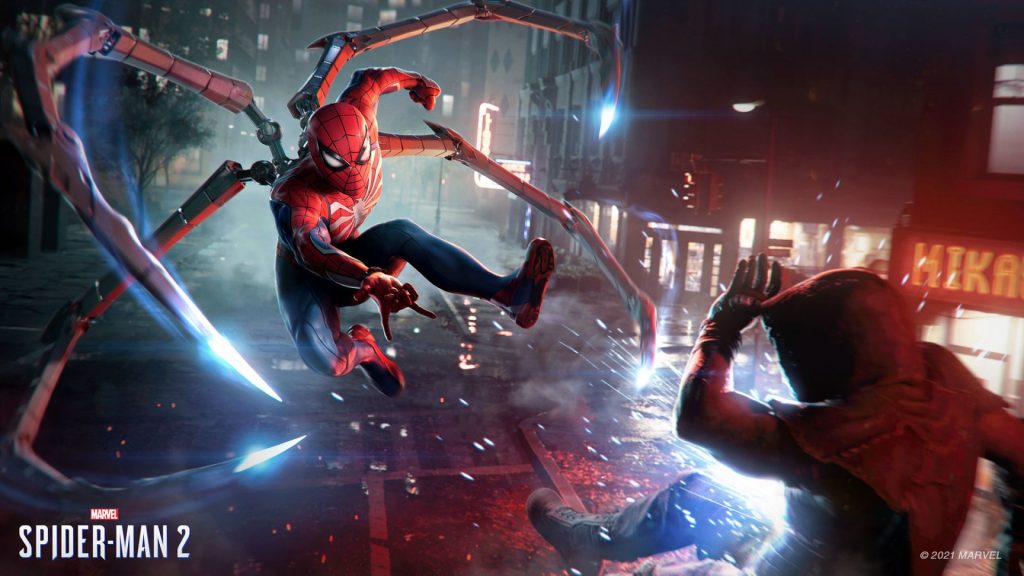 Harry Osborne was voiced by actor Scott Porter in Marvel’s Spider-Man, but in a recent tweet that has since been deleted (and shared on Reddit), he revealed that he won’t be reprising the role in Marvel’s Spider-Man 2, with Insomniac instead deciding to go with an actor who’s closer to the character’s age.

“While I voiced Harry in the first Spider-Man, I unfortunately will not be in the sequel,” the actor wrote. “[Insomniac] decided to go photo real and the difference between me and Harry’s ages was too much to overcome, I believe. I was bummed but I get it. Gonna be an incredible game.”

You can find a screencap of the now-deleted tweet below.

Porter recently also starred as Heimdall in God of War Ragnarok, and will be playing The Flash in Rocksteady’s upcoming Suicide Squad: Kill the Justice League.

Marvel’s Spider-Man 2 is currently scheduled to launch for PS5 sometime in 2023. While official details on the game remain scant, reports have claimed that development is “exceeding expectations” behind the scenes, and is “making good progress”, remaining on track for a 2023 launch. 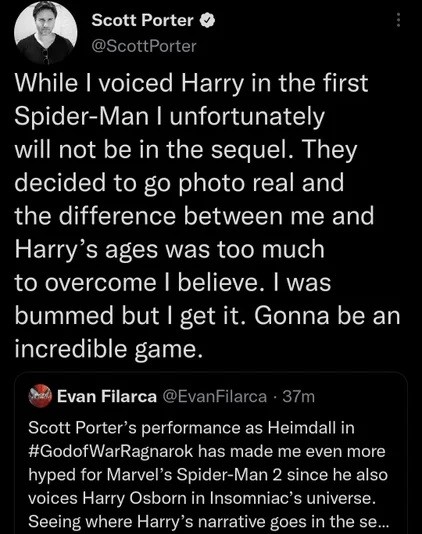