Let’s just get all the bullshit out of the way: We expected a major epic ending from Bioware. Our expectations had grown to such heights with Mass Effect 3 that we had already begun drawing up the conclusion before we even reached it. Victory, and nothing else, because that’s what we as gamers have come to expect. Not all of us, but most of us chose to ignore the clues that Bioware had been leaving – showing us one of the only ways the story could possibly play out.

And when we didn’t get we wanted, when we thought they pulled a fast one on us, we snapped. The internet just erupted in protest – so much so that Bioware had to create an entire director’s cut just to appease people who wanted their ending. 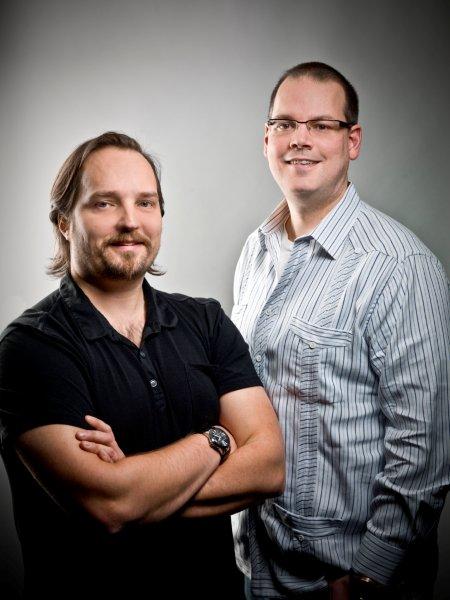 So now that Bioware, a company that reinvigorated the Dungeons & Dragons, and arguably the entire PC RPG market, with it’s Baldur’s Gate series; the company that wanted to bring the table-top D&D experience online with Neverwinter Nights, besides providing gamers with the tools to create their own RPG from scratch; that showed us how a good Star Wars game could be done with Knights of the Old Republic; which brought us a solid, memorable kung-fu experience in Jade Empire; hell, the company that brought us MDK 2, arguably one of the greatest action games of all time; and more than anything else, the company that took a game with a trilogy – something which Silicon Knights, riding off the goodwill of Eternal Darkness and Twin Snakes botched with Too Human’s failure – to it’s completion, and in turn gave us one of the greatest RPG series of all time, not to mention one of the better sci-fi properties this decade has seen; simply put, now that they’ve lost their co-founders Ray Muzyka and Greg Zeschuk, who bled and sweat for these games, giving up a measure of their lives just so we could escape ours, you have to ask the question.

Are we happy now?

Forget the immeasurable justification of Killzone 2 & 3 – how both games failed to live up to the hype. How about Gran Turismo 5, when it’s competitor Forza Motorsport 4 sped ahead? How about when we reeled over and over and over again at how Call of Duty hasn’t innovated for the better part of the past five years? There are hundreds, maybe thousands of examples.

Maybe those developers just have thicker skin, but no one experienced a backlash that Bioware did with Mass Effect 3’s ending. Not even the game. The ending. Are we naive enough to think that this level of complaining, petitioning, threatening, chiding, snubbing, criticism and attacking really had nothing to do with Muzyka and Zeschuk leaving?

Understandably gamers have invested enough into the trilogy to feel their purchase wasn’t validated. But are naive enough to think it wasn’t fun, or one hell of a ride? Are we naive enough to believe that the entire development team, not just the co-founders, didn’t invest their very souls into this product?

Maybe we are. Maybe we aren’t. Regardless, Bioware wanted to keep us all happy, so it released alternate endings. It wanted gamers to know that it listened to them. You know who else listened to gamers, no matter how petty or whiny their complaints became? Electronic Arts, the publisher – and they didn’t just do it out of love or understanding.

No no, we are their very sales, and if their sales are threatened, they’ll throw as much pressure, and more, to make sure we’re satisfied. Sure, not every publisher does this – a fair share would even defend the developer for what they did – but not even EA could anticipate the backlash against Mass Effect 3’s ending.

Again, not the game. The ending.

Because we didn’t get what we wanted – nay, demanded – two legendary developers decided it wasn’t worth the fuss any more and just upped and retire. They did what they loved the most – heck, Muzyka was even pegged to replace John Riccitello as CEO for EA down the line (how awesome would that have been?). But whether you call it a combination of factors or not, the source is still the same: We bit the hands repeatedly that fed us, because we didn’t like the main course.

And we didn’t like the main course because it didn’t fit into our little world of what we expected from a game ending. We bit the hands repeatedly, called the upper management on them, organised petitions and outright persecuted a company. And for what? Creative freedom? If this mob mentality of forcing change doesn’t piss off any free-thinking individual – Bioware fan or not – because two great developers have been burned from doing what they loved, I don’t know what will.

Are we happy now? Or will we need another director’s cut to help us make that choice too?