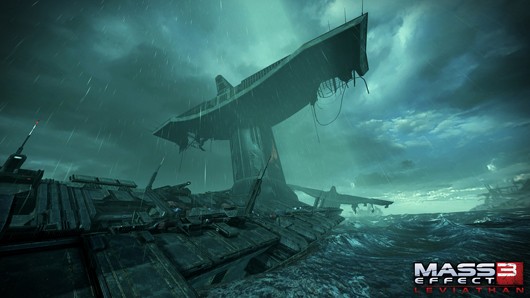 In the midst of all the GamesCom news, it’s easy to forget that there’s a whole wide world of gaming happening. Case-in-point, arguably one of the hottest and most controversial games of this year, Bioware’s Mass Effect 3.

Bioware has recently announced that the Mass Effect 3 Leviathan DLC will be released on August 28th for PS3, XBox 360 and PC. European PS3 gamers will get it a day later on August 29th.

Not much is known about “Leviathan” other then the mentions in Mass Effect 3 that he’s the oldest Reaper (and perhaps the most powerful). Also, another story change may be on the cards, if you haven’t had enough choice already.

Mass Effect 3 been the subject of much debate and a good amount of content, including the Extended Cut DLC which added even more endings to satisfy disgruntled fans and “Earth”, a very kickass multiplayer addition that introduced new classes and maps taking place during the Earth invasion.