APEX Missions will have quite the challenge for players this weekend. 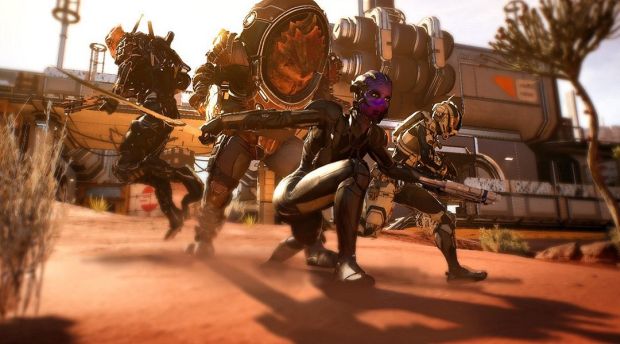 Good news to those of you who still enjoy Mass Effect: Andromeda’s co-op mode – the new Platinum difficulty will be going live on July 6th. The date was confirmed in an update on the APEX Missions site.

The site itself noted that players could, “Earn greater rewards by taking on the toughest challenge APEX has faced to date in Platinum matches and missions.” It seems that Platinum difficulty will be live for APEX Missions currently. Regardless, you’ll be getting a hefty amount of credits and Mission Funds for your efforts.

It won’t be easy though. In Mass Effect 3, Platinum difficulty was the toughest challenge with all races thrown in, consisting of all Elite enemies with the highest amount of enemy damage and health enabled. As for the Batarian class teased earlier, it’s not know whether it will be going live as well with Platinum difficulty.

What are your thoughts on the new difficulty tier? Let us know in the comments below.