And he’s a mean one. 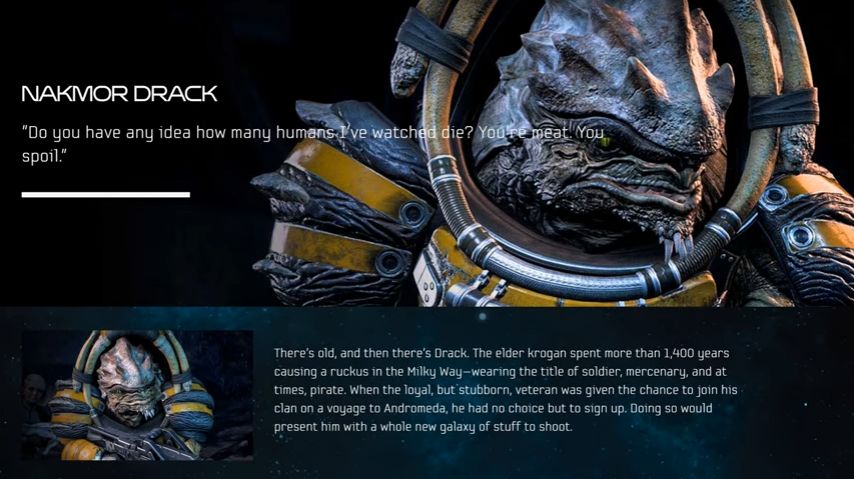 The Mass Effect: Andromeda hype continues with another IGN First video looking at Drack, the Krogan squad-mate you recruit. Check out Drack in action below.

Touted as the oldest Krogan, Drack is said to be very straightforward. Like all Krogan though, he’s always up for a fight. His connection to the Andromeda Initiative is his granddaughter working on the Nexus, the default Citadel hub this time around. Drack is said to be one of the more fun teammates due to his banter with Jaal and Cora. Judging by the video at least, Drack will be handy to have around in a fight.

Mass Effect: Andromeda’s early access trial courtesy of EA/Origin Access will begin tomorrow (or today, depending on where you’re located). It offers 10 hours of playtime for the single-player campaign (which is gated up to a point) and the multiplayer. The full game is out on March 21st for Xbox One, PS4 and PC.