Studio manager Aaron Flynn talks about the contributions of the NFS developer. 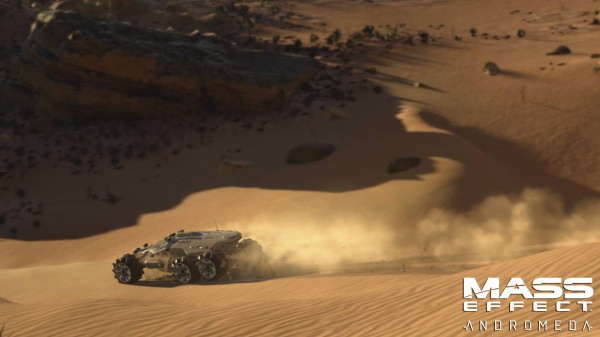 How did Bioware suddenly make the Mako in Mass Effect Andromeda more fun to drive? It didn’t happen overnight and as it turns out, the developer had help from the team behind Need for Speed.

Studio manager Aaron Flynn revealed to GamesRadar following EA Play that, “When we thought about bringing the Mako back, we said: We can’t bring the Mako back as an iteration of the Mako. It has to be a high quality experience that compares well to any driving simulation by doing that.”

Bringing on the NFS team seemed like an easy decision, especially considering their experience with Frostbite. “They were more than happy to lend a hand and offer advice and guidance to our developers to make sure that the Mako, when we actually get it all done, drives and plays great. It doesn’t feel like you have those many, many edge cases the Mako in [the first Mass Effect] had where you could do crazy stuff with it. So that won’t be there, knock on wood.”

Mass Effect Andromeda caused quite a bit of disappointment from fans who wanted to see more gameplay footage but it seems Bioware has more plans for that in the Fall.