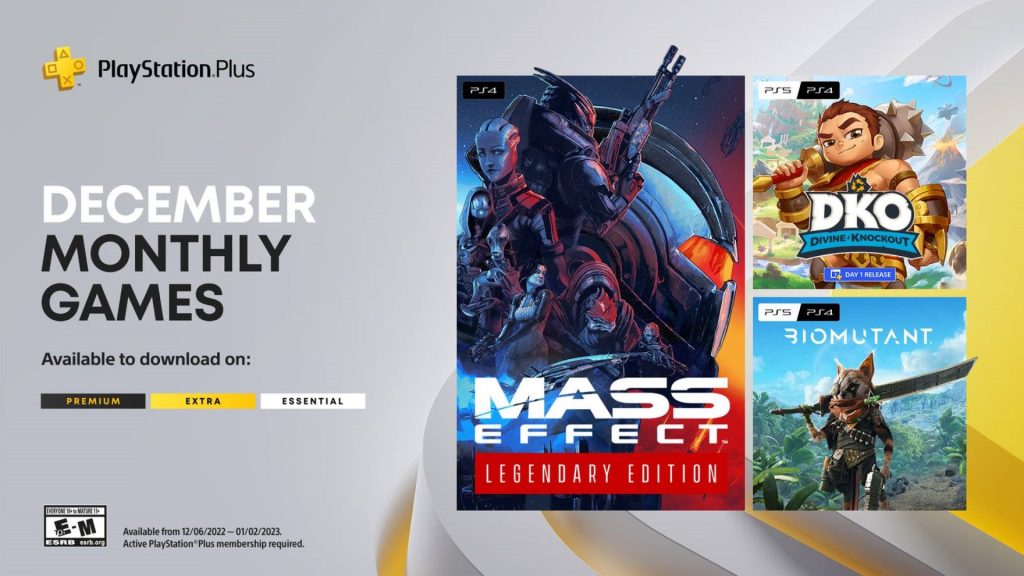 As has become customary over the course of several months, recent leaks about PlayStation Plus Essential’s lineup of free games offered to subscribers for the month of December have proven accurate, with Sony having officially revealed the trio of new games that’ll be given away.

Starting December 6, subscribers of PlayStation Plus Essential, Extra, and Premium will get free access to Mass Effect: Legendary Edition, Biomutant, and the newly-announced Divine Knockout (DKO), a new platform fighter that’ll be available via the service at launch.

Mass Effect: Legendary Edition in particular is a solid offering, so subscribers who haven’t yet played BioWare’s beloved trilogy will have the chance to go it a go. Meanwhile, Divine Knockout’s Founder Edition will be on offer to subscribers, which will also include bonus content.

That, of course, means that PS Plus subscribers have until December 5 to claim November’s free games, which includes Nioh 2.