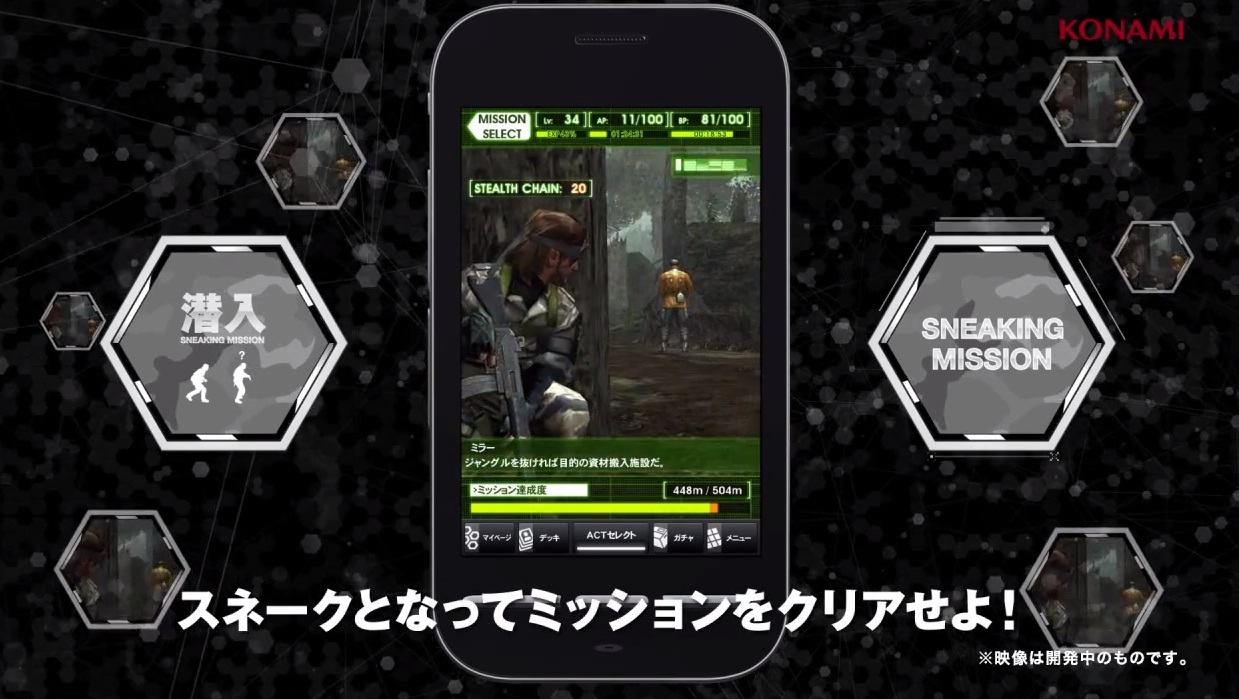 Metal Gear Solid: Social Ops, a social game that Kojima Productions announced during it’s 25th Anniversary event for Metal Gear – also known as, “Where the hell is MGS5?! Argh!” – and which was developed for Japan’s mobile GREE platform saw a pretty good round of downloads when it launched.

The game has been downloaded over 100,000 times. And since its announcement, both Android and iPhone users can play it as well.

The celebrate the success of the game, Konami is giving away a ton of gifts to players. For those with a level 10 or higher character, you’ll receive 2000 bond points, while Level 15 players get two BP rations and level 20+ players receive premium gacha ticket.

MGS: Social Ops is a pretty odd game. It features settings and characters from MGS3, MGS4 and MGS: Peace Walker, but plays very much like the portable Metal Gear Acid series wherein you move characters and utilize items via cards. Check it out below.