4A Games has unveiled the first details on how Metro Exodus will perform on Xbox Series X and PS5. Both console versions will run at 4K/60 FPS and have full ray-traced lighting, namely Ray Traced Global Illumination and Ray Traced Emissive Lightning. Vastly shorter loading times, FOV customization and 4K textures can also be expected.

The Xbox Series S version is currently targeting 1080p resolution though its frame rate is yet to be determined. It will still support full ray-traced lighting. Controller-wise, the PS5 DualSense’s haptic feedback will be supported along with the spatial audio and improved latency in the Xbox Series X/S controller.

More polish and quality of life enhancements are also coming. Current owners of the game on Xbox One and PS4 can also avail of a free upgrade to Xbox Series X/S and PS5 with Smart Delivery being confirmed. Metro Exodus is currently slated to arrive for current gen consoles later this year. 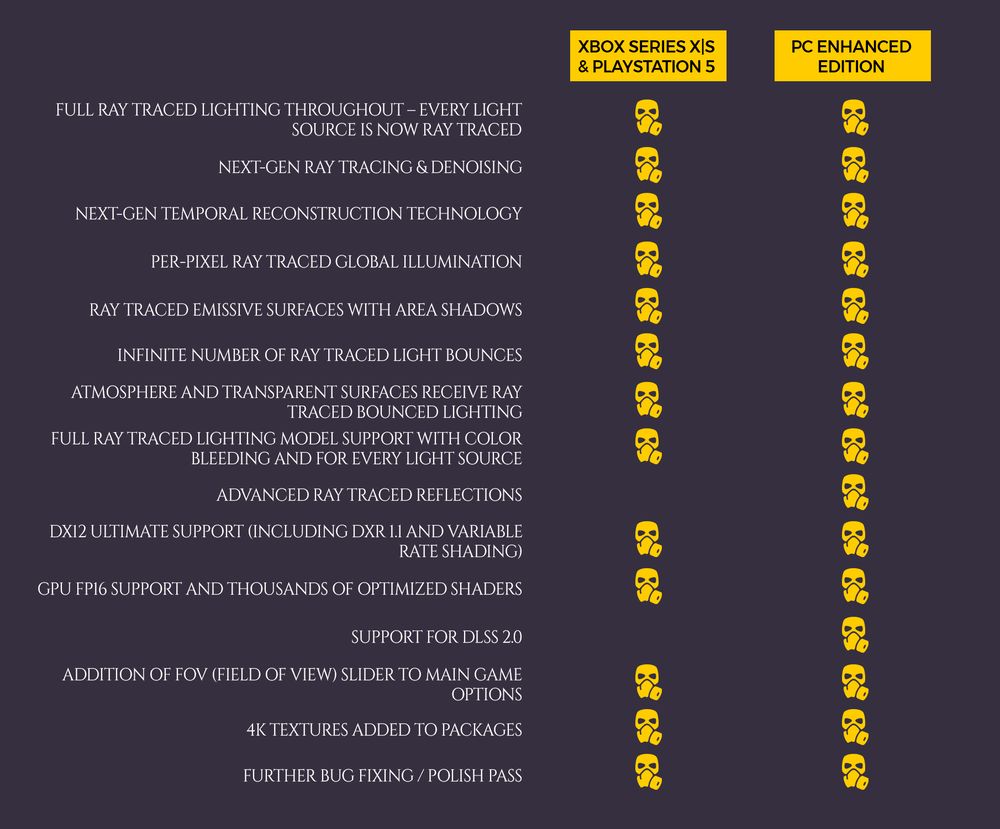