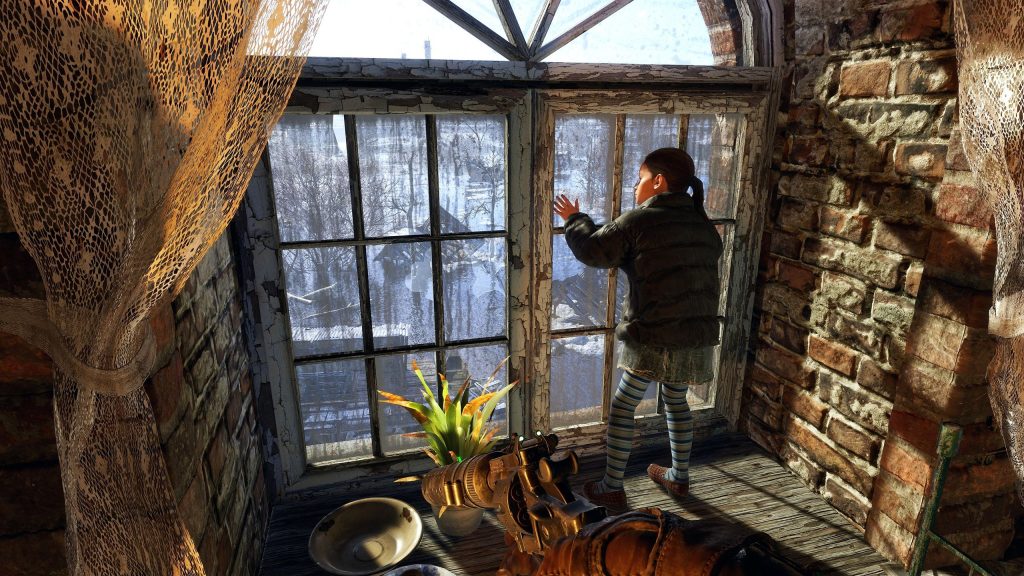 We’ve already heard about how great Metro Exodus will look on both the PS4 Pro and Xbox One X, and from what we’ve seen so far, the game really does look absolutely gorgeous. German website PCGamesHardware took a look into the technical aspects of the game as it was running at Gamescom 2018, and they’ve found that the game will take advantage of Nvidia’s Hairworks and Advanced PhysX features.

It was already revealed earlier on that the game would make use of Ray Tracing tech to add a sense of realism. Nvidia Hairworks is not a feature we’ve seen in many games, and it has been quite taxing even when it was used in games such as The Witcher 3 and Final Fantasy XV Windows Edition. PhysX was a feature that was used in Metro: Last Light as well, so it comes as no surprise that this feature will be supported. You can see these graphical options in the image below. Other than these, there are also toggles for things like resolution, image quality, texture filtering, tessellation, and vsync.

It’s worth noting that even though the demo of the game shown off at Gamescom was running on an RTX 2018Ti, it rendered at a resolution of 1080p (which is fine), and ran at a frame rate of 40 frames per second- which is a little concerning. Hopefully, the developers are able to optimize the game further before release so that it will hit 60 FPS on PC. 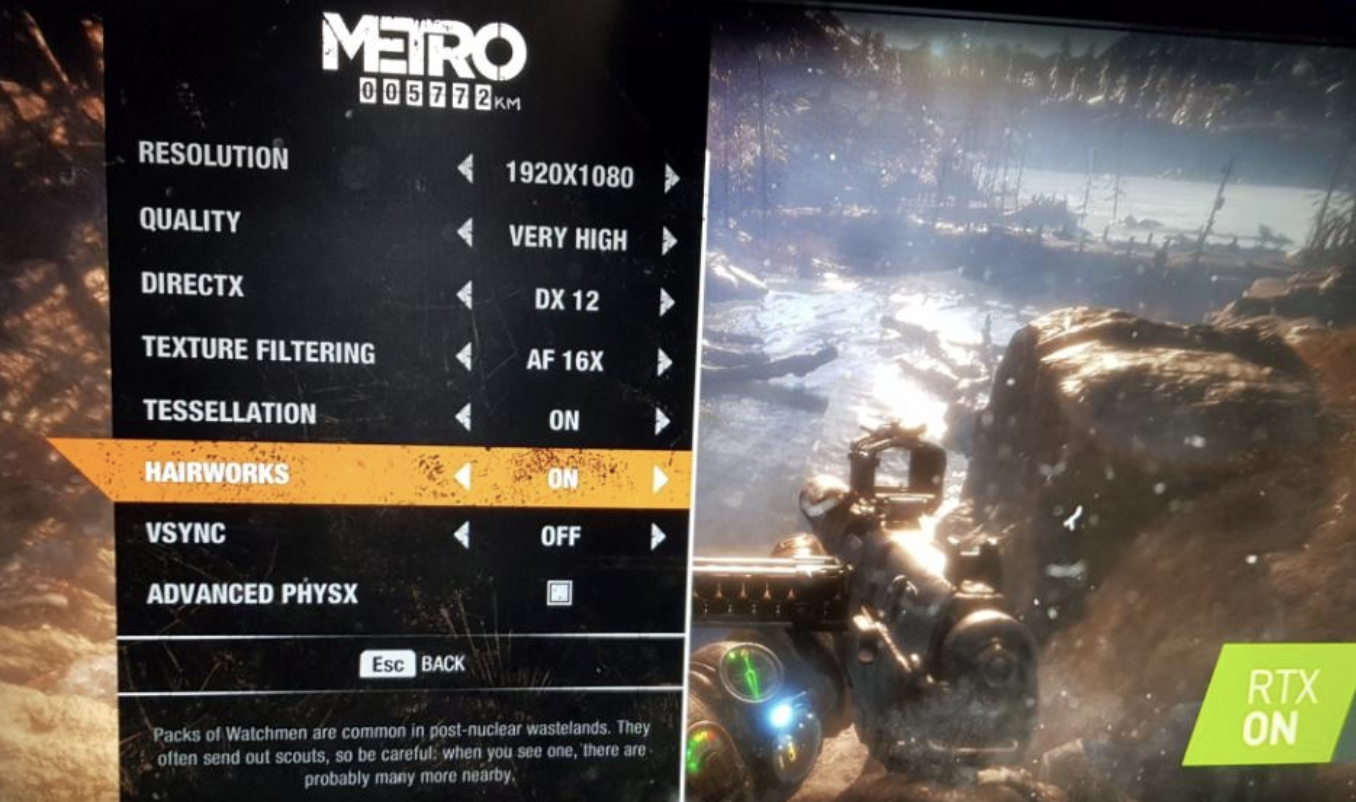