Metro Last Light Wiki: Everything you need to know about the game

All the information you may need about Metro Last Light.

Posted By Rohan Philip | On 14th, May. 2013 Under Video Game Wikis | Follow This Author @GamingBoltTweet

Metro Last Light is a first person shooter with slight horror and survival elements mixed into it that was developed by 4A Games who are best known for their work on the Metro series of video games.

The game, which is based on a popular post apocalyptic story penned by Dmitry Glukhovsky, was published by the respected developer and publisher, Deep Silver. Released initially on Xbox 360, PC and PlayStation 3, the game was re-released on Xbox One and PlayStation 4 alongside Metro 2033 as Metro Redux. The game first launched on May 14th in 2013.

The game was previously announced as Metro 2034, a sequel to Metro 2033 (released on March 2010). The developers promised to create a game with better AI, more stealth, more varied options to fight as well as improved economic markers and multiplayer. The developer has stated that it is planning a PlayStation 4 version of Last Light though they are unsure of when the exact release date would be.

Producer Huw Beynon stated in an interview stated that, “It looks fantastic on 360 as well, but on PC you have a different potential that you can hit. If someone asks me are we doing a next-gen version – well, yes we are. It’s the PC. We’re one of the few studios out there that have a proven piece of tech that’s built for high-end PCs. I firmly believe that the PC version of Metro: Last Light is one of, if not the best looking game you can actually buy, period, at the moment.” [reference]

Development and release of Metro: Last Light faced an impasse during THQ’s bankruptcy. However, after an auction of IPs, Deep Silver acquired the rights to the series and game.

The game takes place in the year 2034. Players traverse beneath the ruins of post-apocalyptic Moscow, in the tunnels of the Metro, where the remnants of mankind are overwhelmed by deadly enemies lurking outside and within the tunnels. But rather then stand united, the station-cities of the Metro are locked in a deadly struggle for the ultimate power: a nuclear device of sorts from the military vaults of D6. And as it goes, a civil war is stirring that could wipe humanity from the face of the earth forever. Players take the role of Artyom, who must become the “Last Light” of hope and save humanity from destruction.

Metro Last light is set in a post-apocalyptic world and features a mix of action-oriented gameplay and survival horror. The gameplay is significantly different in Last Light, as new additions such as moral points are to be included, with the possibility of an alternate ending. Stealth and trading systems will be more or less the same as in Metro 2033, with players able to barter for bullets and other essential materials. In addition to previous tasks, the player now must wipe blood and other gore from the screen, not to mention rain when the player is on the surface facing the elements.

Despite being a sequel to Metro 2033, the story and plot of Last Light are a wholly new creation of author Dmitry Glukhovsky. The story bears no resemblance to the events of the book, Metro 2034. 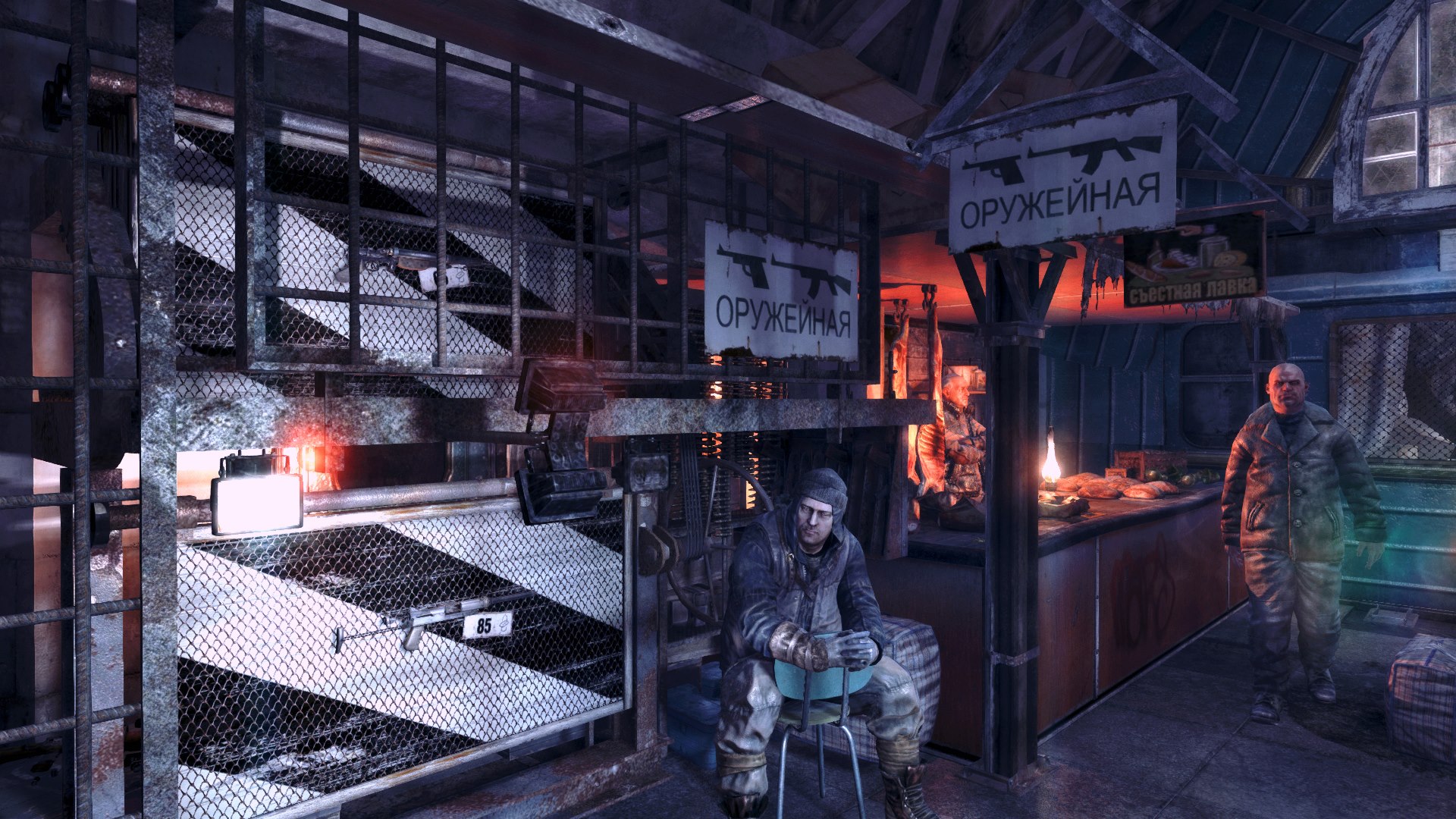 Weapon reload time, battery charge time and Artyom’s movement have greatly increased. Game play on the outside has changed drastically as Metro 2033 took place in a frozen Moscow, while in Metro: Last Light, the snow has melted and a swampy environment has taken its place.

The game allows the player to remain stealthy with a watch you can equip that will let you know whether you can be seen or not. Similar to Thief, as long as the watch remains dark you can move safely. A whole lot of weapons have made the roster in the Metro Last Light, which includes the “bastard gun” that is powerful but overheats and isnt too accurate. The player can also carry up to 3 guns, each of them being customizable, and scavenging for supplies also helps in bartering. [reference]

A limited edition of Metro Last Light is available and includes the Ranger mode, an extra 100 military-grade rounds, and a modified Russian Rifle. The RPK-74 comes with a pre-order of the game.